“You never sausage a place. You are always a wiener at Pedro’s!” 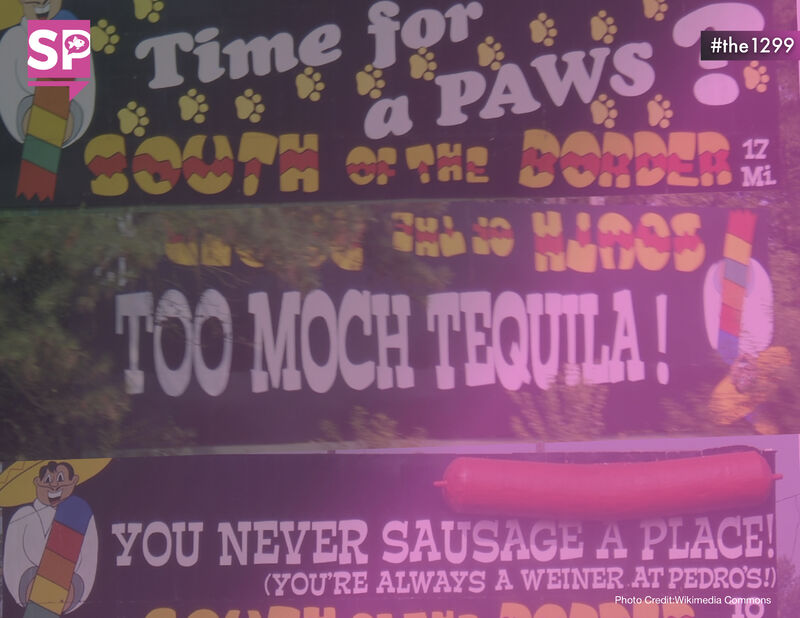 “You never sausage a place. You are always a wiener at Pedro’s!” There are only 3 types of people in this world. Those that don’t recognize this as a billboard for South of the Border . . . and those that can’t count.

Growing up in New York, I remember the long car rides to visit my Nana in Florida. As a 6-year-old, I can remember being bored out of my mind. These were the days before even a Walkman, let alone an iPod or tablet.

Halfway on the journey to the Sunshine State the billboards would begin. Dozens of them. All counting down the miles to South of the Border.

Located just over the NC border in Dillon, this flawsome attraction began in 1949. In response to the prohibition of alcohol sales in his NC county, Alan Schafer opened a pink, cinder-block stand and named it South of the Border Beer Depot. A couple of years later a motel was added and the name was shortened to South of the Border.

Pedro, the star of each billboard, was born out of two motel employees from Mexico. Schafer had met them on a business trip. Customers collectively referred to both bellhops as Pedro.

If you haven’t been, Libby Wiersema gives the best description, “If Las Vegas hooked up with Route 66 and had a baby, this would be it.”

This SOB leans into its weirdness.