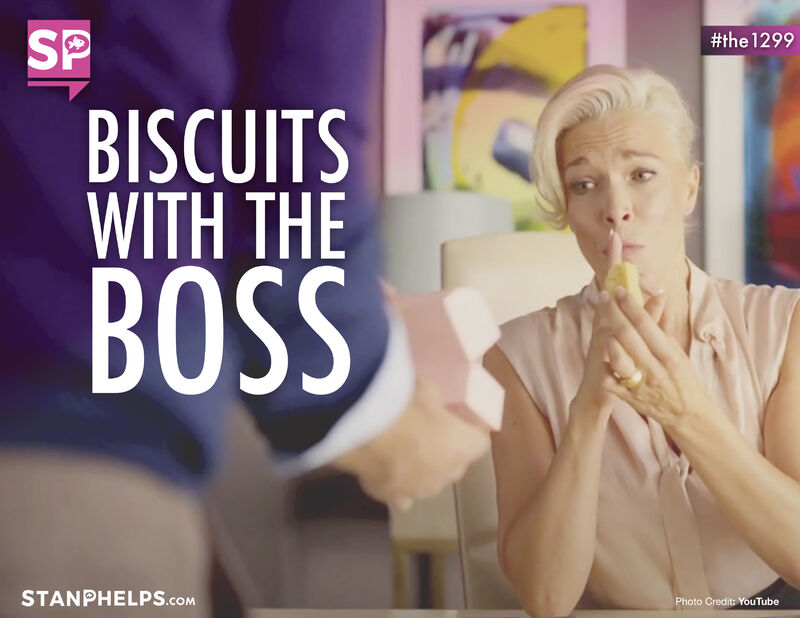 The Tao of Ted and how little things can make a big difference. Our Ted is Ted Lasso. The Jason Sudeikis (Golden Globe winning) character of the Apple+ series of the same name.

If you haven’t seen the show, it’s about an American football coach who is tasked with managing an English Premier League team. Ted doesn’t know it, but his hiring is an effort to destroy the team by the owner. Ted doesn’t know soccer, but he knows and believes in people.

In the second episode, Lasso begins a morning tradition called “Biscuits with the Boss.” Three biscuits (shortbread cookies) packaged in a small pink box, it’s an effort by Ted to get to know the owner. She rejects the gesture, but when trying them the first time, Rebecca likes them so much she exclaims “F%ck me.”

She becomes obsessed with them. Ted won’t reveal his source. Rebecca tasks staff to find the vendor with no result.

Soon, she begins to anticipate the biscuits. It begins to improve the relations between her and Ted.

We learn later that Ted bakes the biscuits himself each night. It’s a bit of lagniappe for his boss. A micro-weird act that demonstrates both effort and care for the relationship.

Takeaway – Demonstrate your EQ and show you care as a leader. It might seem risky, but no risk-it, no biscuit.