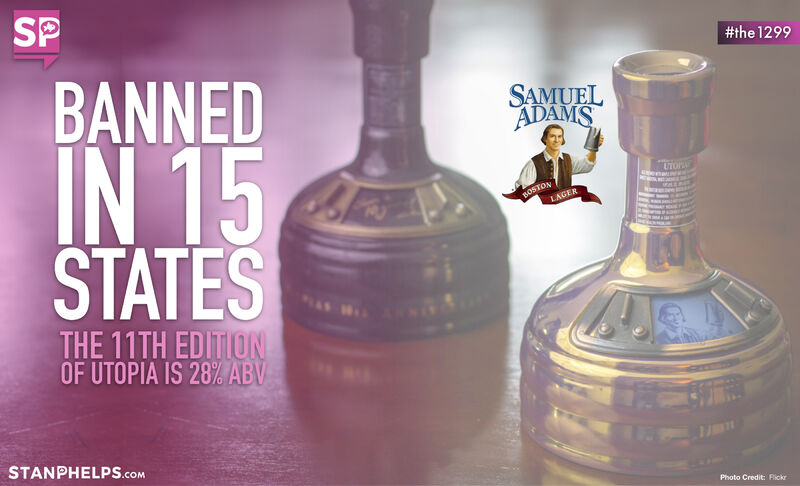 The 11th edition of Sam Adams Utopia is banned in 15 states.

I can’t buy it because I live in North Carolina.

The reason is alcohol content. Sam’s extreme barrel aging creates a beer that is 28% ABV (alcohol by volume) and costs $240 a bottle. That’s 56 proof.

Utopia is released every two years in limited quantities. This edition was finished using 2,000 pounds of cherries bringing a slight sweetness and tartness to the palate.

Some of the beer used has been aging in casks for nearly 30 years. Isn’t that inefficient?

In Pink Goldfish 2.0, David Rendall and I profile Sam Adams in our Flaunting chapter.

We share how efficiency is important for the right things, the things that matter the most to your customers and employees.

But maybe deliberate inefficiency can be a strength.

The Boston Beer Company flaunts that Sam Adams has been, “Brewed Inefficiently since 1984.”

According to a blog post by Tim Williams, “This classic Boston beer brand allows extra time for its hops to fully mature in order to craft its full-flavored lager. Sam Adams could have a more ‘efficient’ brewing process, but it would result in a much less satisfying product.”

At $240 a bottle, you’d think Utopia would be a huge moneymaker for the brand. It’s not given the space the barrels occupy for extended periods.

The word utopia was coined by Sir Thomas More. He used it in a book to describe a perfect, fictional world of the coast of South America. The word itself was a pun taken from the Greek ou-topos meaning “no place” or “nowhere.”