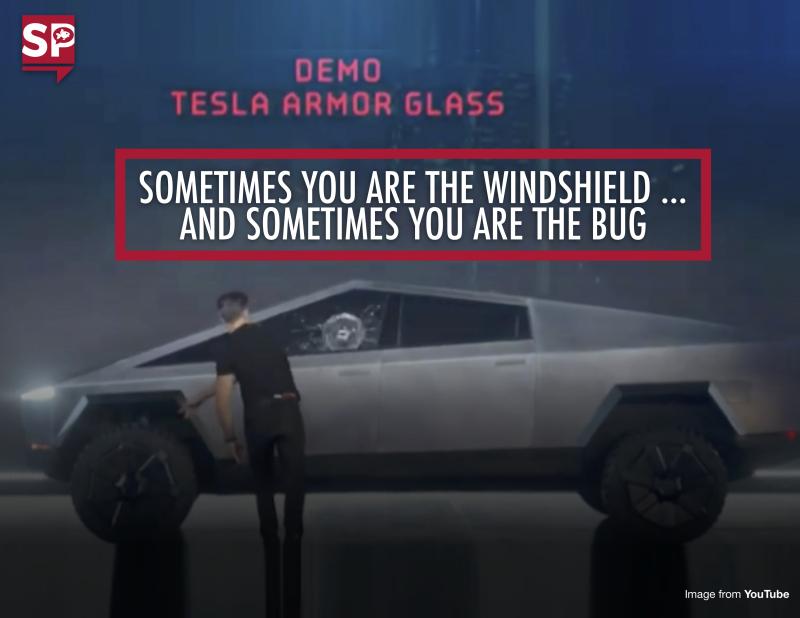 “Oh my f—ing god,” Elon Musk blurted out as he realized things had gone horribly wrong with the launch of the Tesla Cybertruck. After a successful sledgehammer hit to the body, Chief Designer Franz von Holzhausen then threw baseball-sized metal balls at two windows. Both times the windows smashed. As the saying goes, “Some days you are the windshield … and other days you are the bug.”

Snafu aside, Tesla lived up to its purpose. In Red Goldfish, Graeme Newell and I wrote about how Tesla fits “The Designer” purpose archetype. Designer brands empower through revolutionary products.

The symbol of The Designer archetype is Doc Brown from the movie “Back to the Future.” Brands with The Designer archetype are creators. They persist in building stylish products that change the world. They are wired to push through adversity. In the words of Doc Brown, “The way I see it, if you’re gonna build a time machine into a car, why not do it with some style?” I have a feeling that if Doc Brown were to build a pickup, it would look like the Cybertruck.

It might’ve been a different type of smashing launch then the company desired. Days after the launch the stock fell six points. That said, they’ll bounce back from this adversity.

Your call on the design? Thumbs up?