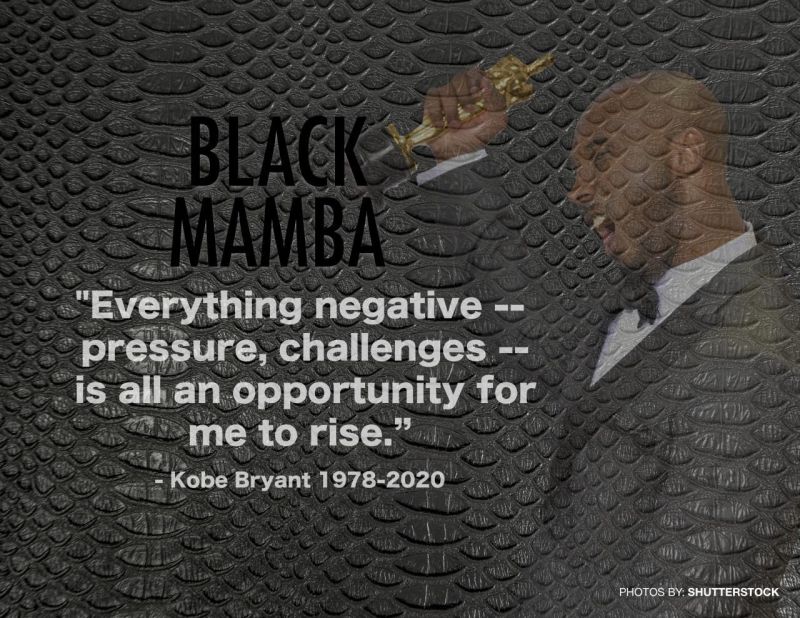 Remembering Kobe. “Everything negative — pressure, challenges — is all an opportunity for me to rise.” This quote by the late Kobe Bryant is a tribute to his approach to life.

I never met Kobe, but admired him from a short distance. I was in grad school at Villanova University while Kobe attended Lower Merion High School. I joined adidas in 1996, the same year he signed an endorsement agreement with the brand. The admiration was from Kobe’s work ethic and killer determination.

In the last year I picked up the book “Alter Ego” by Todd Herman. Herman shares the power of secret identities to transform your approach to life. He reveals the science behind alter egos and how they help us perform better.

Kobe’s alter ego was the Black Mamba. Not familiar with the snake? It the longest + fastest venomous snake in Africa. It was his mentality that nothing was going to get in his way on the court.

Fox reporter Laura Okmin once asked Kobe, “100 years from now a father and his child will walk by Staples and a statue of you & the child will say, daddy, who is that? What do you hope the dad will say?”

Okmin shared that Kobe paused and broke out into a huge grin, “That was the Black Mamba”