Leadership Lessons from the Life of Queen Elizabeth 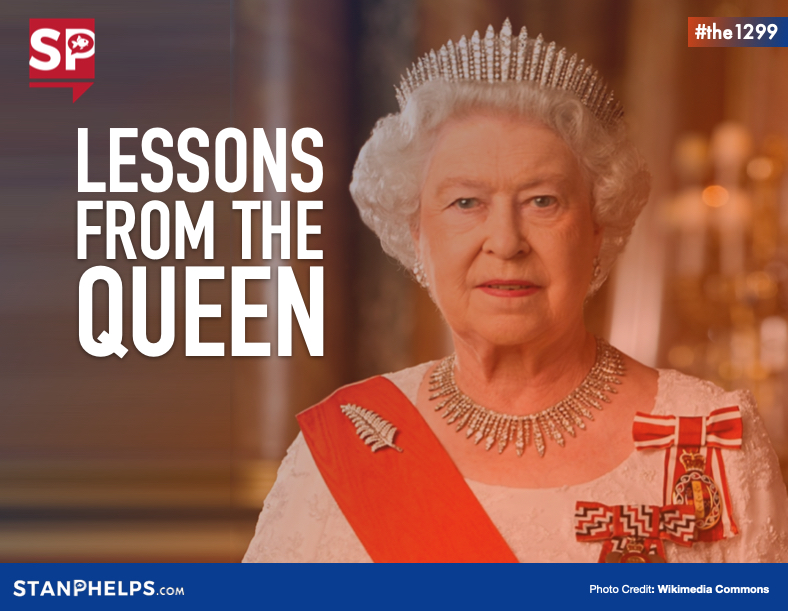 Three lessons of warmth from the life of Queen Elizabeth II.

Because as we evolved as human beings, we developed skills integral to our survival. One of those was the ability to make snap judgments about our surroundings with a high degree of both speed and accuracy.

We judged everyone and everything we encounter on the two basic criteria of warmth and competence:

Warmth: What is their intent?

Competence: What is their ability to carry out that intent?

This basic truth is at the heart of the research by Dr. Bogdan Wojciszke. It has shown that over 80% of our judgments are based on just these two factors.

And these perceptions don’t just apply to people. We also apply the same standards to companies. We automatically perceive and judge their behaviors on a subconscious level.

Warmth trumps competence every day of the week and twice on Sunday.

While many may point to Queen Elizabeth and her competent 70-year-reign, I believe we can learn from the warmth she demonstrated over the years.

1. Walkabout – During a royal tour of Australia and New Zealand in 1970, Queen Elizabeth bucked centuries of royal tradition. The Queen took a casual stroll to greet crowds and shake hands. This walkabout broke the protocol of waving at the public from a protected distance.

Lesson: How can you be more accessible to demonstrate warmth?

2. Handwritten Notes – Like Queen Elizabeth, Adele Hankey was born April 21, 1926. That bond served as the basis for their unlikely relationship. They would become pen pals.

The correspondence began when Hankey, from North Dakota, wrote the queen a letter when she was crowned in 1953.

The Queen sent Adele a birthday card the following year. They would correspond back and forth around their shared birthday for the next seven decades.

Lesson: Little things, like taking the time for a handwritten note, can make a big difference.

3. The Americans – Years ago two American hikers walked up to the Queen while she was on a picnic in Balmoral.

They didn’t recognize her and asked where she lived.

“Well I live in London, but I’ve got a holiday home just on the other side of the hills.”

The hiker asked if she had ever met Queen.

“Well I haven’t, [then pointed to her bodyguard] but Dick here meets her regularly.”

The hiker got excited, “Oh, you’ve met the Queen? What’s she like?”

Richard Griffin recalled his response to Sky News, “Oh, she can be very cantankerous at times, but she’s got a lovely sense of humor.”

The American then put his shoulder around Griffin, got his camera out, and promptly asked the Queen to snap a picture.

Griffin shared, “Anyway, we swapped places and I took a picture of them with the Queen and we never let on and we waved goodbye.”

Lesson: Take your business seriously, yourself… not so much.