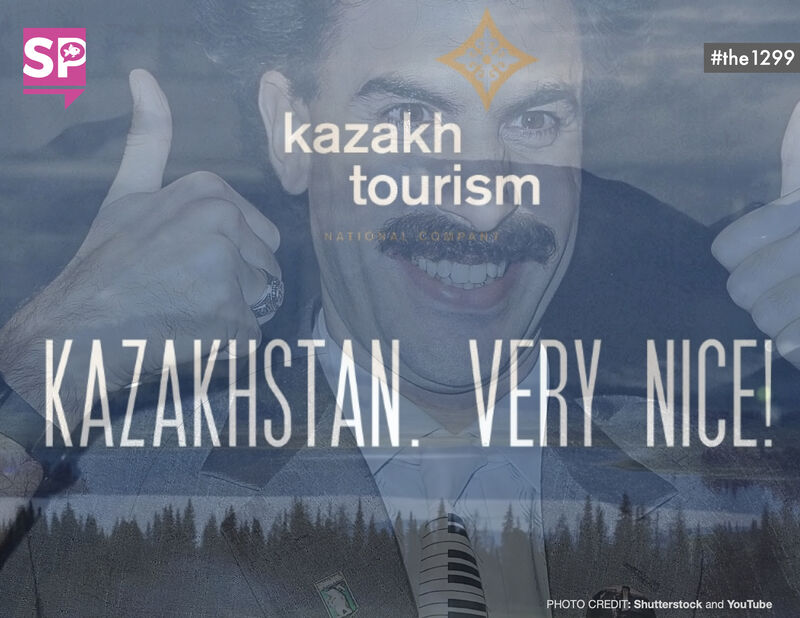 “Very Nice” If you are not familiar with the phrase, it’s commonly used by Borat. And it now being used by Kazakhstan in a new tourism campaign. The ads feature tourists hiking, drinking alcoholic horse milk, meeting locals, and marveling at Kazakh architecture.

This is a great example of the Pink Goldfish of flaunting. They are leaning into the publicity coming from “Borat Subsequent Moviefilm.”

It is in stark contrast to how the country reacted when the original “Borat” hit theaters. According to The Guardian,

“After its release in 2006, the Kazakh government placed ads in US newspapers disputing some of the film’s claims and presenting the country as modern, stable, and outward-looking. The advertisements were timed with a visit from President Nursultan Nazarbayev and featured a photograph of Nazarbayev shaking hands with US President George W Bush.”

Kairat Sadvakassov, the deputy chairman of Kazakh Tourism shared to the Huff Post,

“Kazakhstan’s nature is very nice; its food is very nice; and its people, despite Borat’s jokes to the contrary, are some of the nicest in the world. We would like everyone to come experience Kazakhstan for themselves by visiting our country.”