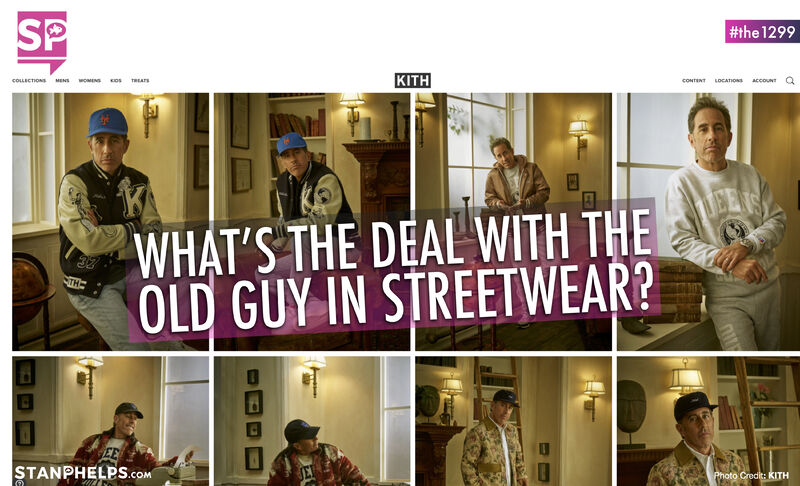 What’s the deal with the old guy in streetwear? KITH nearly broke the internet when it launched its latest seasonal collection for Fall 2022.

BTW, no puffy shirts made the cut. The 68-year-old Seinfeld modeled a variety of styles and was shot by renowned photographer Mark Seliger.

KITH appeals to the GenZ and millennial crowd. They skipped a generation to feature Jerry.

It stands out as an example of the Pink Goldfish of Opposing. When everyone moves towards the norm, some courageous brands do the opposite.

Just like George Constanza learned in “Seinfeld,” sometimes the opposite is the right approach. He approaches a woman at the deli:

“My name is George, I am unemployed and live at home with my parents.” The woman named Victoria is smitten. She would recommend George for a job with the NY Yankees. George then tells the “opposite” to owner George Steinbrenner. His reply, “Hire this man!”

I guess 68 is the new 28. Because sometimes the opposite of a good thing… is also a good thing.