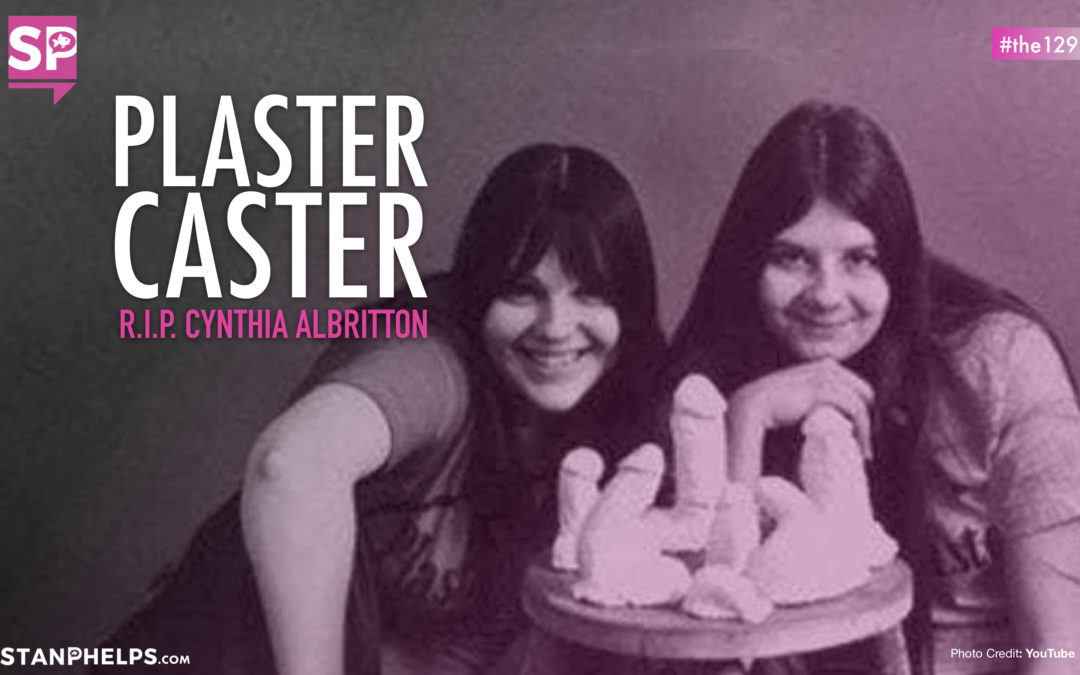 Her most famous piece of art was called “The Hendrix.” But most people call it the “Penis de Milo.”

The artist was Chicago native Cynthia Albritton. The Hendrix is one of more than 50 phallic casts. To be specific, erect phallic casts of the likes of Jimi Hendrix, Eric Burdon of “The Animals” and Zal Yanovsky of the “Lovin’ Spoonful.”

It began as an assignment for an art class she was taking at the University of Illinois back in the 1960s. Students were required to make a cast of something that could retain its shape. Something that was solid.

In Pink Goldfish fashion, the painfully shy Albritton decided to forsake the normal and embrace the weird.

She began the process of making molds of male genitalia. Combining her love for art with her passion for music, her collection and notoriety began to rise.

She became known as the “Plaster Caster” of Chicago. In 1977, the band “Kiss” immortalized her in song:

“Baby’s getting anxious
The hour’s getting late
The night is almost over
She can’t wait
The things are complicating
My love is in her hands
And there’s no more waiting
She understands
The plaster’s gettin’ harder
And my love is perfection
A token of my love
For her collection, her collection”

A true “hands-on” artist, Albritton worked hard to find the right medium for the sculptures. The original homework assignment called for sand and water. That tended to rub her subjects the wrong way.

After various other materials and a lot of ups and downs in the process, she landed on using dental molds for the job.

Not every attempt was flawless. Wayne Kramer, guitarist of the band MC5 (Motor City Five) recounted his experience to The New York Times:

“Sadly, on the night of my casting, Cynthia was ‘short handed.’ Timing was crucial, and on this night it all fell apart. I was left to attempt to reach my full manliness alone, and I failed miserably. My finished cast ended up as a small plaster representation, a mere shell of what could have been. I think it’s one of the funniest of the collection, as do so many others. And, no matter, I’m proud to be included.”

‘Short handed’ refers to the girlfriend that Cynthia would bring along to help…. prepare the subject.

It was the legendary artist Frank Zappa who embraced Cynthia and promoted her efforts. She shared with “The Sunday Age” that, “he was the first person in the world to tell me I was an artist.”

Albritton didn’t stop with penises. Later in her career she added women’s breasts. Karen O, the lead singer of the “Yeah Yeah Yeahs” was one of her subjects. I haven’t seen any of these sculptures, but I can confidently say that once you’ve seen one… you’ve seen them both.

Cynthia Albritton passed away last Thursday at the age of 74. Unlike his sculpture, Wayne Kramer was anything but soft about her legacy,

“She smashed the barriers of sexual conversation and helped open up people’s minds to the endless possibilities of art.”