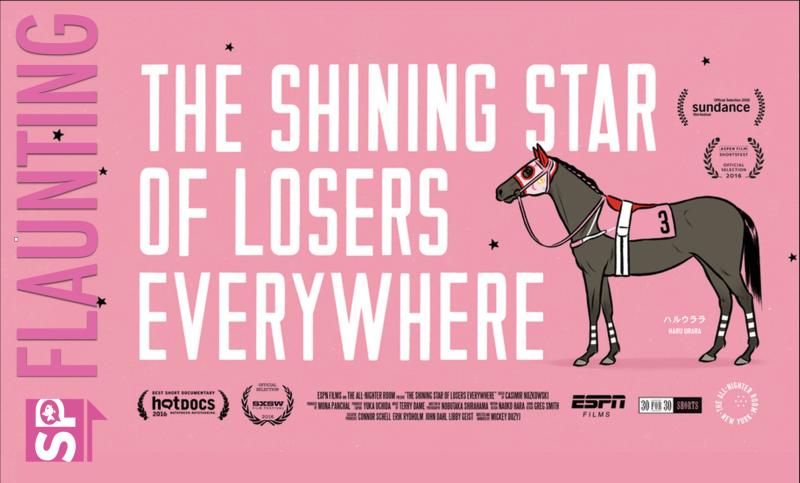 You gotta believe. Ever heard of HARU URARA? The name in Japanese means Glorious Spring. She was a racehorse based in Kochi with a major flaw. Haru had raced 88 times and never won. It was 2003 and Japan was in the midst of a Depression. The previous 10 years were known as the “Lost Decade” given the downturn.

The announcer at the track noticed that the horse would still trot energetically to the track and give her all in races, despite all of her losses.

The track was facing closure until a local reporter named Ken Ishii wrote about Haru’s noble failure. The story caught fire and soon everyone was talking about the horse with Hello Kitty patches on her pink facemask. She became famous not because of winning, but because of flaunting her weakness. Haru Uraru captured the heart of a nation.

The horse would remain flawed. Despite her dogged persistence, Haru would end her career with zero wins in 111 races.

She became a symbol of never giving up and was embraced by the Japanese people.

TAKEAWAY: Believe. There is a line at the end of the movie, “Say Anything.” Diane Court (Ione Skye) looks at Lloyd Dobler (John Cusack) when flying to the UK to live together, “Nobody thinks it will work, do they? Lloyd replies, “No. You just described every great success story.”