Going Purpose – Yvon Chouinard Gave away Patagonia for the planet 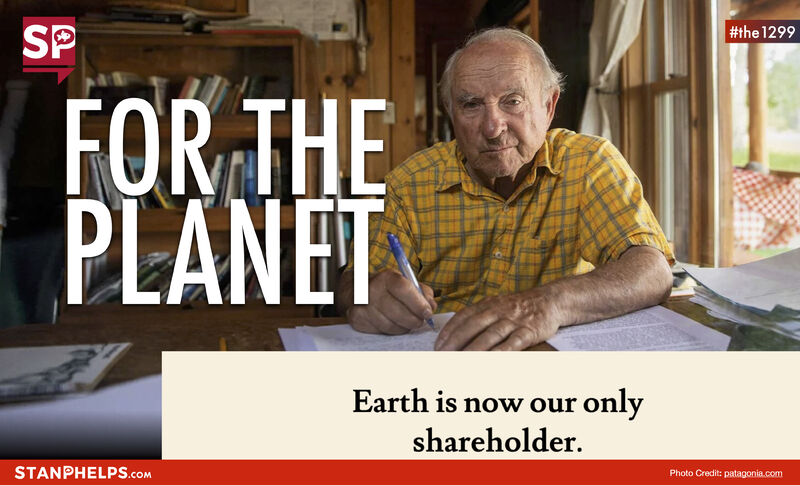 In “Red Goldfish – Motivating Sales and Loyalty Through Shared Passion and Purpose,” Graeme Newell and I feature how Chouinard started Patagonia and how the brand fits “The Protector” purpose archetype.

The start was a figurative uphill climb.

Yvon Chouinard was introduced to climbing in 1953 as a 14-year-old member of the Southern California Falconry Club. One of the adult leaders, Don Prentice, taught Yvon how to rappel down the cliffs to see the falcon nests.

The only pitons available at that time were made of soft iron. They were placed once and then left in the rock.

After meeting John Salathé, a Swiss climber who had earlier made hard-iron pitons out of Model A axles, Chouinard decided to make his own reusable pitons.

In 1957, the 18-year-old Chouinard went to a junkyard and bought a used coal-fired forge, a 138-pound anvil, tongs, and hammers. Yvon began teaching himself how to blacksmith. The word spread, and soon friends were asking for Chouinard’s steel climbing pitons.

Before he knew it, Yvon was in business. He could forge two of his pitons in an hour, and he sold them for $1.50 each.

By 1970, Chouinard Equipment had become the largest supplier of climbing hardware in the United States.

That same year on a winter climbing trip to Scotland, Chouinard bought a regulation team rugby shirt to wear rock climbing. Overbuilt to withstand the rigors of rugby, it had a collar that would keep the hardware from climbing slings from cutting into your neck. It was a blue shirt with red and yellow stripes across the chest.

Back in the US, Yvon wore it around his climbing friends. They asked where they could get one. Before long, Chouinard saw clothing as a way to help support the marginally profitable hardware business. As his company made more and more clothes, they needed to find a name for the clothing line.

According to Yvon, “To most people, especially then, Patagonia was a name like Timbuktu or Shangri-La, far-off, interesting, not quite on the map. Patagonia brings to mind, as we once wrote in a catalog introduction, ‘romantic visions of glaciers tumbling into fjords, jagged windswept peaks, gauchos, and condors.’ It’s been a good name for us, and it can be pronounced in every language.”

The name fit. Today, Patagonia nets about a billion dollars a year in sales. Over the last 50 years, Patagonia has pioneered what it means to be a responsible business.

In “Red Goldfish,” Graeme and I share how companies will shift from being “for profit” to becoming “for purpose.”

Chouinard echoed a similar direction in 2022, “Instead of ‘going public,’ you could say we’re ‘going purpose.’ Instead of extracting value from nature and transforming it into wealth for investors, we’ll use the wealth Patagonia creates to protect the source of all wealth.”