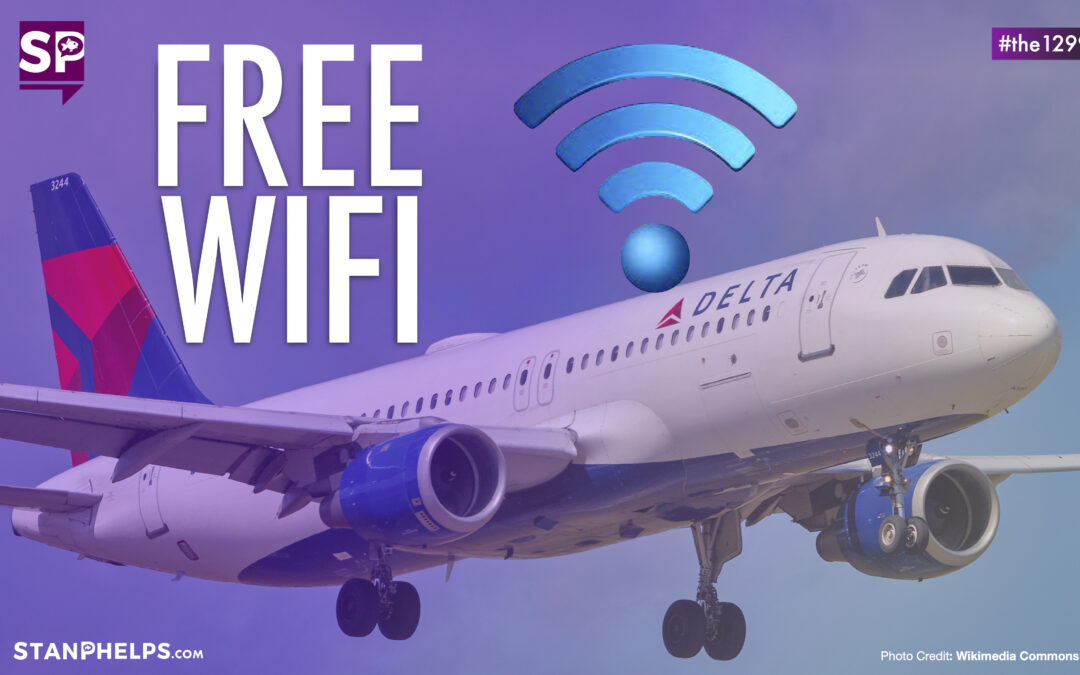 Delta Air Lines is offering a “little something extra” for passengers.

I recently flew from Atlanta to Chicago. An announcement caught my attention…

Delta announced they were offering free WIFI on the flight. As long you were a SkyMiles member (you could sign up for free), WIFI was free.

I’ve logged over 1.25 million miles with Delta and I applaud the move. This is a thoughtful “Purple Goldfish” (little extra thrown in for good measure) for passengers.

The move from Gogo Wifi to Viasat has made this “throw-in” possible. JetBlue was the first airline to offer free WIFI, but Delta became the first of the “big three” US carriers to make the move.

This little bit of lagniappe (something extra) signifies that Delta is staying true to its Louisiana roots. CEO Ed Bastian wants to make WIFI free on all Delta flights.

Back in 1928, C.E. Woolman bought out Huff Daland Dusters. With another $10,000 in capital, he created Delta Air Service in Monroe, Louisiana.

Why Delta? Because Monroe was located on the Mississippi River Delta. The company would be headquartered in Monroe until 1941 before moving to Atlanta.

[Interesting aside: Monroe would still wield influence over the airline. The Delta Air Lines annual stockholder’s meeting was held in the small Louisiana town every year from 1957 to 1995]

According to Zach Griff at The Points Guy, “Though there’s no timeline yet for when Delta will officially flip the switch on free Wi-Fi, the airline plans to do so ‘soon’ for domestic flights, with an international expansion slated for the end of 2024.”