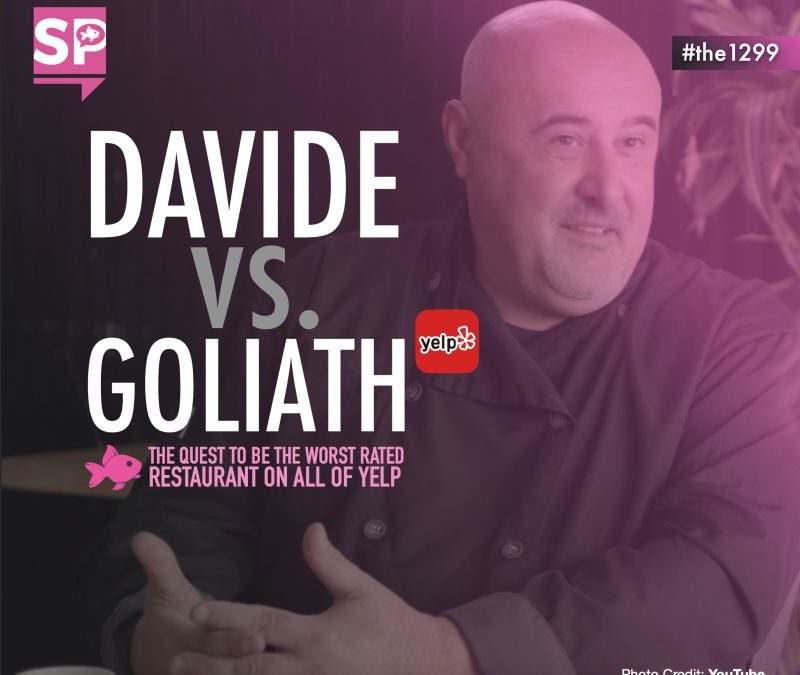 David fought Goliath and won. Well, Davide fought Yelp and won. Davide Cerretini started Botto Bistro in Richmond, California in 2009. Early on, he saw Yelp as an ally in his efforts to gain new customers.

Why is Yelp so important? Research shows that even a ½ star improvement in an establishment’s rating can increase business by almost 20 percent during peak times. Davide was eager to earn positive reviews and see new faces walking through the doors of Botto Bistro. But that’s not what happened.

Davide started to notice that five-star reviews from loyal customers were disappearing from Yelp and one-star reviews from questionable sources were multiplying. He contacted Yelp to find out what was happening, but was unable to resolve the issue. His suspicion was that Yelp was manipulating the reviews in an effort to convince him to buy ads. He isn’t the first to complain, but legal challenges from other businesses were unsuccessful.

After battling for 5 years, he reached a breaking point in 2014. He was a small restaurant with ten tables at a single location. Yelp was a six-billion dollar publicly-traded company. How could he fight back?

What did he do? Davide took on Goliath.

Most businesses just give in to the pressure. They purchase ads from Yelp and beg customers for good reviews. They do everything possible to please every customer and live in fear of the next negative review. They feel powerless to defend themselves.

He made a simple offer. 25 percent off your pizza if you post a one-star review on Yelp. Did it work? Yes. Immediately and beautifully. He did more business in one day than he usually did in a month. He was interviewed by the media from coast to coast. Botto Bistro was a sensation. It didn’t just help his restaurant. It became a galvanizing event for small businesses throughout the country. He had started a revolution.