Can just looking at the color pink make you weak? 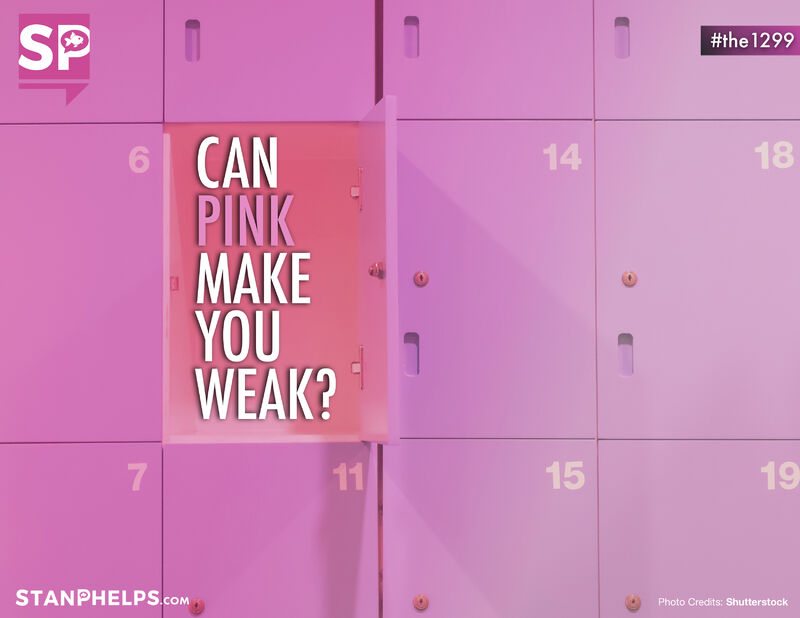 In 1979, Professor Alexander Schauss performed an experiment with 153 men. It was a strength test with an unusual twist. Participants were asked to stare at a piece of blue cardboard and then demonstrate their strength to the researcher. They also stared at a piece of pink cardboard before demonstrating their strength. The results showed that they were “dramatically weaker after staring at the pink cardboard.”

This is hard to believe, and many people didn’t buy it. However, other scientists tested Schauss’ findings and discovered a similar connection.

Police departments started painting holding cells pink. The first to do so, the US Navy, reported “not a single incident during the 7-month trial period.” This is the source of the name “drunk tank pink.”

More than 300 jails use pink rooms, but no one used drunk tank pink more than Joe Arpaio, the former controversial sheriff in Arizona. Arpaio dressed inmates in pink socks and underwear.

College football teams, like the University of Iowa, decided to paint the visiting team’s locker rooms pink in order to weaken their rivals.

In 2017, Krista Suh and Jayna Zweima, the Los Angeles-based founders of the Pussyhat Project, gained notoriety during the Women’s March on Washington. Their bright pink and provocatively-shaped hats caught the attention of marchers, the media, and onlookers around the world.

When asked why they chose pink, they said it was “because it was a very female color representing caring, compassion, and love – all qualities that have been derided as weak but are actually STRONG.”

Similarly, the Susan G. Komen Breast Cancer Foundation declares that “pink is strong, pink is fierce, pink is brave, and pink is mighty.”

Every weakness has a corresponding strength.