a King, a dead tooth, and what it can teach us about ideation… 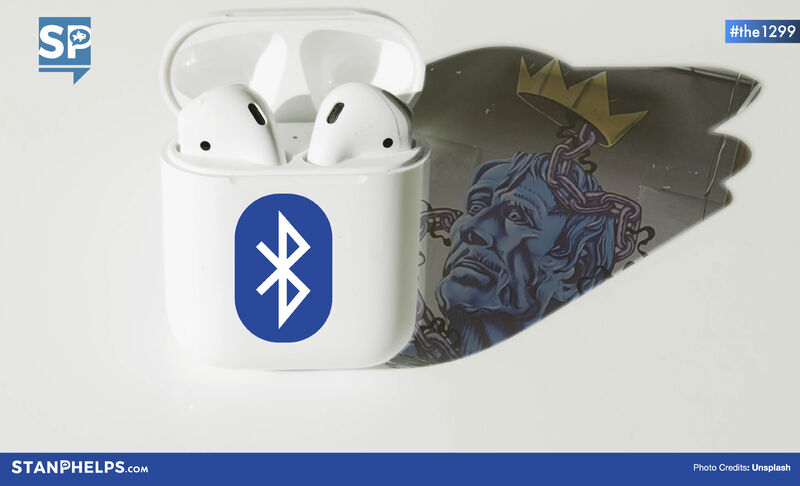 One thousand years, a King, and a dead tooth. How one man became the inspiration for wireless communication.

Our King is Harald Gormsson. Gormsson ruled Denmark back in the 10th century. The medieval king was notorious for uniting all of Scandinavia and converting the Danes to Christianity.

Harald had a nasty dead tooth that turned blue over time, earning him the nickname Blåtand.

Fast-forward ten centuries to 1996. A consortium of companies including IBM, Intel Corporation, Ericsson, and Nokia came together to create a new short-range wireless standard. They wanted to avoid the debacle of VHS vs. Beta and agree to a common platform.

The three companies were all working on their respective solutions and faced a challenge to name the one overriding standard.

In 1997, the first step toward solving the problem came about in Toronto. Two of the engineers working on the project ended up going out for a night of drinking.

Intel’s Jim Kardach met up with Ericsson engineer Sven Mattisson. Kardach had been working on a program called Business-RF and Mattisson had developed a comparable standard called MC Links.

After a few beers, the discussion turned to history.

Mattisson had just read a book called “The Longships” by Frans G. Bengtsson. The book chronicled the travels of the Viking warriors serving King Harald Gormsson. Upon learning about the nickname Bluetooth (the translation of Blatand), Kardach perked up,

“It occurred to me that this would make a good codename for the program.”

Kardach went with it and pitched the idea to others in the group. After much debate and no consensus, the group decided that Bluetooth would be a placeholder.

Later in the project, they agreed to IBM’s idea of the name PAN. PAN was an acronym for Personal Area Networking.

But it turned out that PAN presented some intellectual property and SEO challenges. It didn’t pan out.

I think King Harald would have been proud that his 10th-century nickname would become a 21st-century fixture.

His mark also appears on the Bluetooth logo, which is the Nordic letters H and B combined.

Drop the mark on a blue background and you have the familiar Bluetooth logo seen on millions of devices around the world. All because of a good king and his bad tooth.

Here is the lesson on ideation:

Work with what you have. Starting with a good idea always beats waiting for a perfect one to come along.