YETI versus the SHITI 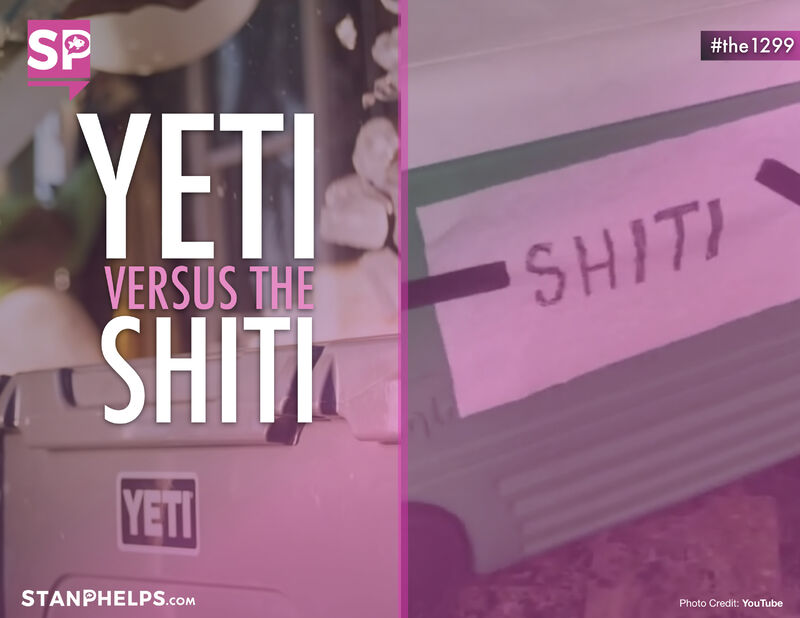 YETI versus the SHITI. YETI is a premium brand specializing in coolers, drinkware, and related accessories. YETI has lopsided the engineering of their products. It turns out that engineering doesn’t come cheap. Some may even accuse YETI of being ridiculously overpriced.

Enter SHITI. In 2016, Austin and Trevor Zacny became sensitive to the popularity of overpriced coolers. Nostalgic about their old reliable cooler, they began to realize that a cooler meant much more than how long it held ice. As a joke, Trevor placed a napkin over his older Coleman [Image above].

He shared a Snapchat,

“Who needs a YETI, when you got a SHITI.”

Soon after, the youngest Zacny brother Luke designed the logo. Stickers were ordered and a business was launched. SHITI Coolers was founded with a basic mission:

“To keep using that same damn cooler with the rusted lid and squeaky hinges in the hope there were more people just like us. A simple SHITI sticker was enough to represent the lifestyle in which we’ve been living for years. We don’t care if your cooler can withstand a grizzly bear or hold ice for 3 weeks. We care about coolers that have been passed down through generations with a story behind them.”

A line has been drawn in the ice. Are you on TEAM YETI or TEAM SHITI?