Would you go on a flight to nowhere? That’s what Qantas is offering passengers 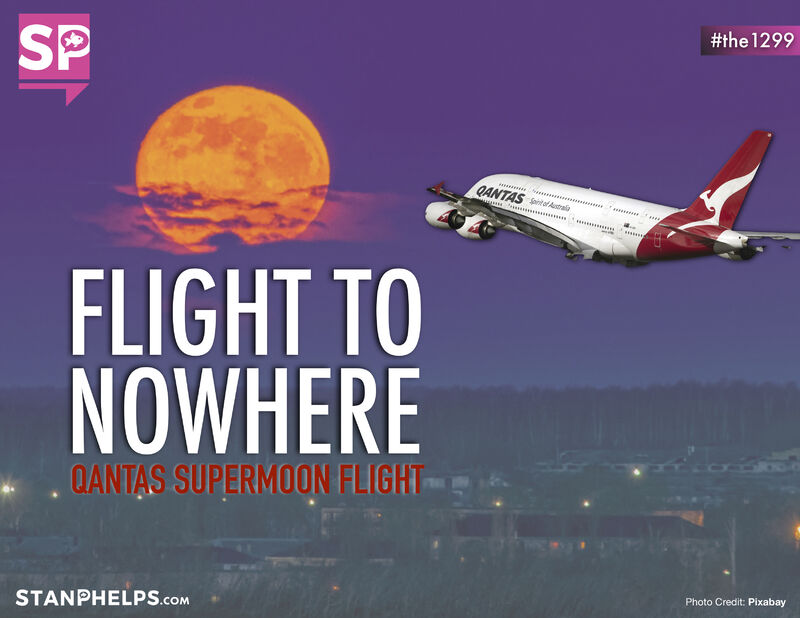 Would you go on a flight to nowhere? That’s weird and exactly what Qantas is offering passengers.

This isn’t their take on a Seinfeld “show about nothing” joke. Passengers will depart from Sydney and arrive back in Sydney. But they are in for a treat. On May 25th there will be a super blood moon. This flight to nowhere will give travelers a chance to admire both the late May supermoon and a full lunar eclipse from 40,000 feet above the Pacific Ocean.

Interested? Sorry, the flight sold out in less than 3 minutes.

Let’s rewind for a second. Who is Qantas and what’s a super bloodmoon?

You might remember Qantas as the preferred airline of choice for Charlie Babbitt, (Dustin Hoffman’s character in “Rainman”) because they are the safest airline in the world. The Australian airline speaks to me because I’m a lover of acronyms. QANTAS stands for Queensland And Northern Territory Airline Service.

If a Blue Moon is the second full moon in a calendar month, what’s a Blood Moon? According to CNN, “[it] appears to take on a reddish hue due to the total lunar eclipse. As the moon passes through the Earth’s shadow, it’ll look darker and redder.” It super because it’s the closest the moon gets to the Earth during its orbit, making it 30% larger and 15% brighter.