Three things Coach K can teach us about business 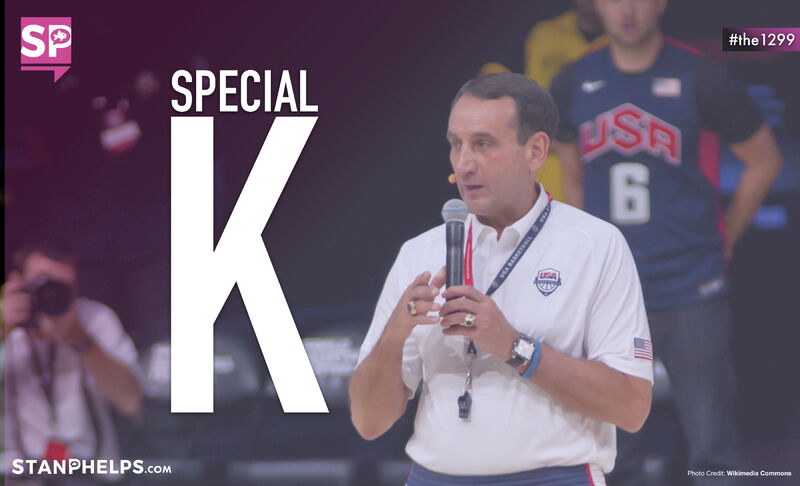 Three things Coach K can teach us about business.

First, we have to understand how Mike Krzyzewski became Coach K.

Mike played basketball under legendary coach Bobby Knight at West Point. Upon graduating in 1969, Mike began fulfilling his service commitment in Fort Carson, Colorado. In his off-duty hours, he would work out and play with the post basketball team. But his superior officer didn’t approve. The colonel told Mike, “No officer of mine is going to be wasting his time playing basketball.”

Then there was a little serendipity. General Rogers, the former commandant at West Point, was assigned to Fort Carson. The general asked Mike why he wasn’t playing and then according to Coach K,

Lesson 1. Commit to being the best you can be

For our second lesson, we need to go back to Mike’s upbringing in a working-class Polish neighborhood in Chicago. His best friend was named Moe.

“Moe went to Gordon Tech, which was our rival. But when we’d play Gordon, Moe was always cheering for me…Actually, he was the only guy in our group who had a car. And during the entire ride home, he’d tell me how great I was during the game. And when I got to the house, my mom would be waiting up-not to check on me but to talk to me a little bit…
Mom would tell me that I played a great game. ‘I’m very proud of you,’ she’d say over and over again… Anything that I felt good about, my mom and dad felt better about. Everything that I did was supported… In general, I’d like to think that what my mom felt about me, I can feel about the players on our Duke basketball team. If I can provide that kind of support system for our team where the managers feel good, the assistants feel good, the freshman feels good about the senior, and the senior about the sophomore, and so on…”

Lesson 2. Create a culture where everyone feels supported. Show your team that you care… and they will as well.

Coach K keeps it simple, “Too many rules get in the way of leadership.”