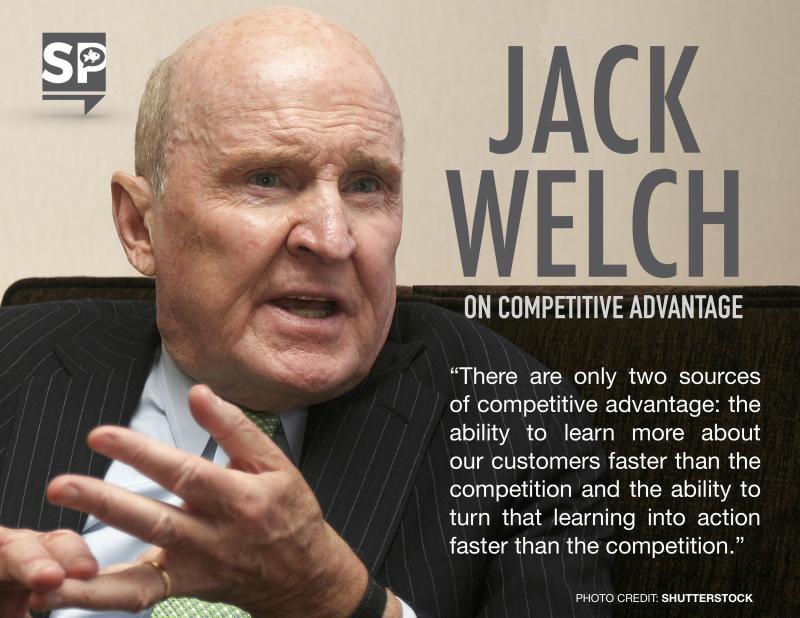 Jack Welch was a titan of industry. He passed away last year in Connecticut. Nicknamed “Neutron Jack,” he led General Electric for two decades. Over that period, GE’s market value increased by 4,000%.

Fortune once called Jack the manager of the century. Two decades later, many of his practices have been called into question. That said, my favorite quote from Jack was a centerpiece of my book Blue Goldfish, coauthored with Evan Carroll:

Welch believed in this two-pronged approach. Learning faster and getting the insight was key. But insight without action was meaningless. The quote underscores the importance of technology, data and analytics in customer experience. How do you leverage the voice of the customer and become agile?

Welch’s legacy? A New York Times editorial upon his retirement spoke to his impact, “His legacy is not only a changed G.E., but a changed American corporate ethos, one that prizes nimbleness, speed and regeneration over older ideals like stability, loyalty and permanence.”

What’s your take on Jack and his legacy?