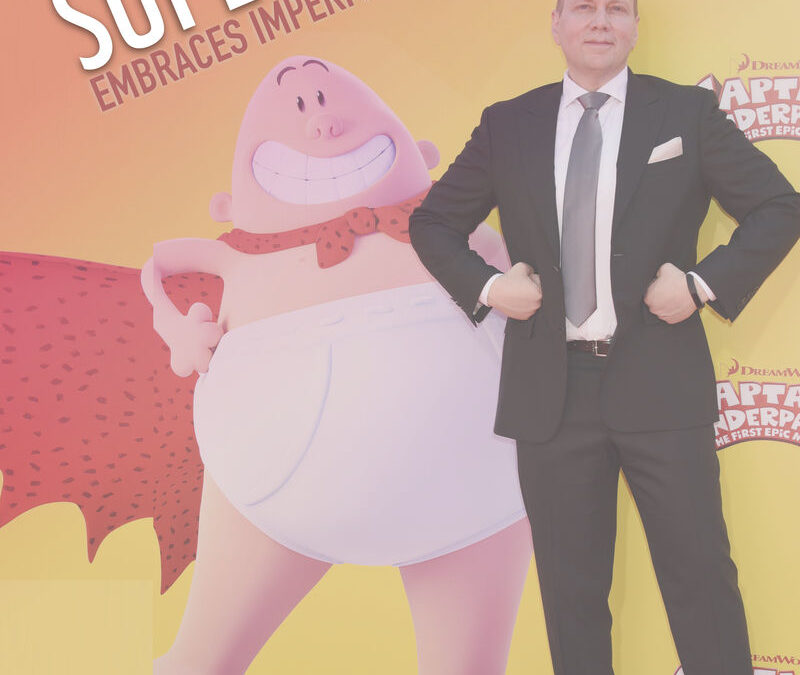 Growing up in Ohio, Dave suffered from ADHD and dyslexia. Not so super. Dave was so disruptive in class that his teachers made him sit out in the hall many days.

Fortunately, Dave loved to draw and make up stories. He spent his time in the hallway creating his own original comic book.

In the second grade, Dave created a comic book about a superhero in his underwear. His teacher ripped it up and told him he couldn’t spend the rest of his life making silly books.

Lucky for us Dave was not a very good listener. He continued to draw.

While in school, he began working at Pizza Hut as a waiter, he was issued a nametag with a missing “E.” He went with it and rebranded himself as Dav.

Our weird kid grew up to be Dav Pilkey.

Dav became the award-winning and best-selling author of the Captain Underpants series of children’s books. Today, his “Dog Man” series has 40 million copies in print has been translated into 40 languages.

But even as an adult, Dav is still encountering obstacles. His books have been banned from libraries and schools for being inappropriate. Parents and teachers don’t like the way his books encourage children to reject authority.