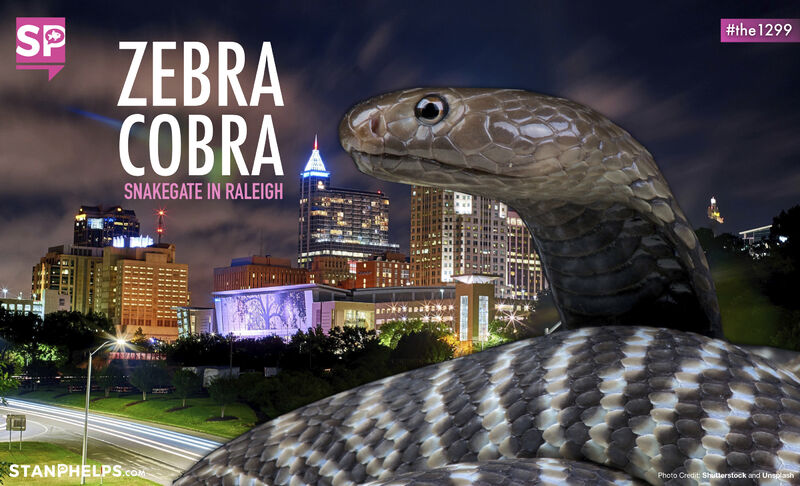 For the second time in my 9 years in Raleigh, the city was under siege. This time it was a Zebra Spitting Cobra that held the city captive for three days.

Dubbed Snakegate by the media, it followed the missing snake that was first reported in a 911 call. It soon became a national news story.

Not familiar with the Zebra Cobra? Neither was I. The African snake is deadly. You not only have to worry about getting bitten. The snake can spit its venom as far as nine feet.

It would be hard to criticize the media. It was Judith Retana of CBS 17 who helped capture the snake. She was knocking on doors when she came eye to eye with the snake on a front porch.

“I was watching my feet, looking around, I looked down in the corner and all of a sudden I see this snake, his head was perched up… I’m pretty sure we made eye contact” shared Retana in her reporting.

Rest easy. After days of searching, the Raleigh police announced in a press release that the missing venomous spitting zebra cobra has been “located and safely removed” from a northwest Raleigh neighborhood.

Your Take: Do these types of stories warrant local and national coverage?