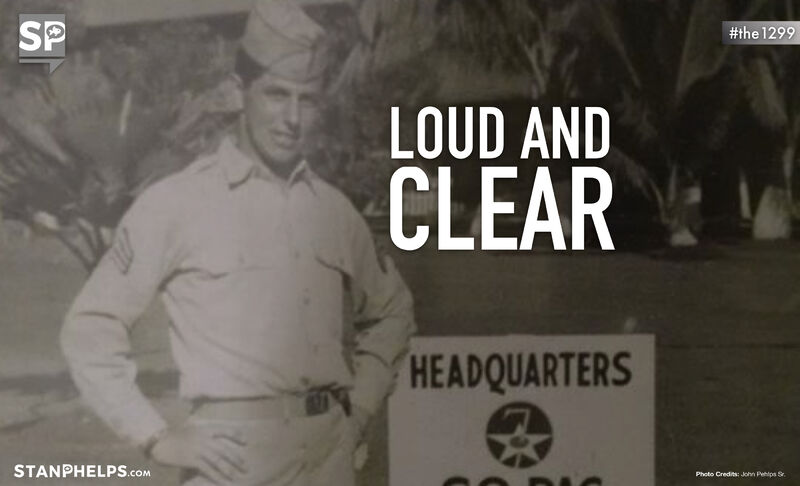 Remembering my late Father on Veteran’s Day. Dad taught me the two most important elements of communication.

A bit of background:

John Phelps enlisted in the United States Army Air Force at the age of 17. After finishing basic training in early 1948, he was sent to school in Fort Monmouth, New Jersey, to become a member of the United States Signal Corps.

Never heard of the Signal Corps?

While serving as a medical officer in Texas in 1856, Albert James Myer proposed that the Army use his visual communications system called aerial telegraphy. The system known as “wig-wag” was adopted in June 1860 and the Signal Corps was born.

In 1863, it became official and Congress authorized a regular Signal Corps for the duration of the Civil War. Myer began to train others as part of the professional military signal service.

The Signal Corps has always been an innovator in communication. In 1946, its Project Diana successfully bounced radar signals off the moon, paving the way for space and satellite communications.

Dad graduated Signal Corps school at Fort Monmouth in New Jersey. After he got a plum assignment at Hickam Air Field in Hawaii.

I’ll never forget my Dad sharing how he sailed from San Francisco to Honolulu on a large destroyer. The water was choppy and before the ship made it under the Golden Gate Bridge, my Dad and others started to feel queasy. Soon as my Dad would describe it, they were leaning over the rail and “feeding the fish.” One of the Navy sailors walked by gave the group a little chiding, “What’s a matter, got a weak stomach?” My Dad shot back, “No, not weak. I’m throwing it out there with the best of them.”

The base in Oahu was next to Pearl Harbor. See photo. As a radio repairman, one of his main jobs was to test the strength and readability of radio signals.

Specifically, they were judging the volume and clarity of the signal.

The scale for both volume and clarity was from 1-5. One represented the worst and five was the best. If both strength (volume) and clarity were excellent, the receiver would reply “five by five.” That was shorthand for “I understand you perfectly.”

We reference this scale today when we say “loud and clear.”

I believe the two biggest elements of communication are volume and clarity. Volume is your ability to engage and rise above distraction. Clarity is the ability to organize your message in a way that makes it rememberable.

Are you communicating Loud and Clear?