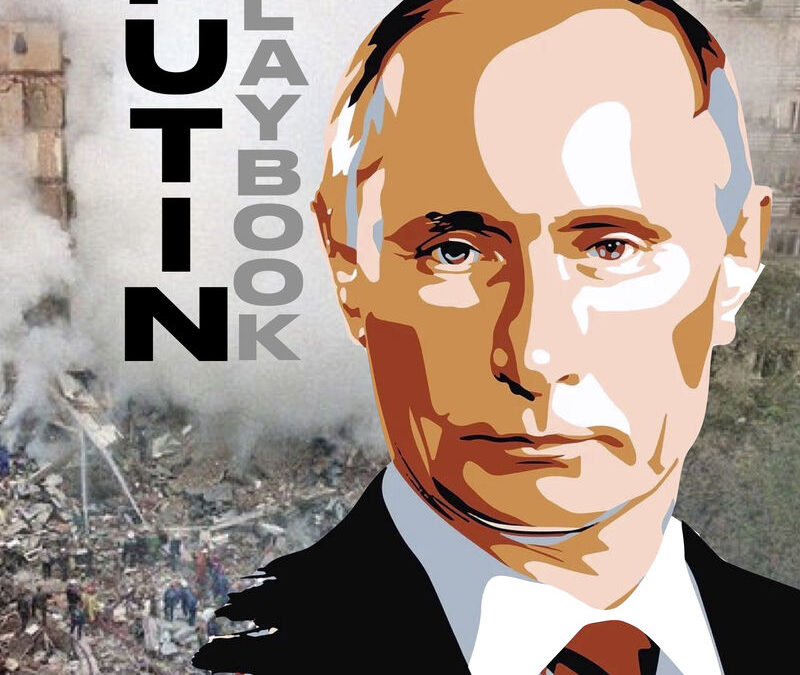 Past is prologue. Back in 1999, Boris Yeltsin was serving his 8th year as President of Russia.

The beleaguered leader was facing corruption investigations and needed political cover. After two unsuccessful hires, he wanted someone he could trust.

A former KGB intelligence officer, Putin was not well known. At the time, he was polling at just 2% as a possible presidential candidate.

Within one month of his appointment, there were a series of apartment bombings in Russia. Over 300 Russians die as a result of the blasts and panic ensues. Putin blames the bombings on Chechen rebels.

Within days, Putin leads the military effort to invade Chechnya. He starts the 2nd Chechen War. He boldly declares, “We will pursue the terrorists everywhere. If they are in an airport, then in an airport. And forgive me– if we catch them in the crapper, then we’ll rub them out in the crapper.”

But were the Chechens to blame for the bombings?

There is an excellent episode of “This American Life” on NPR that disputes this notion. They provide a variety of evidence that the bombings were organized by the Russian Security Service FSB.

The show cites the lack of motive by the Chechens, the difficulty of accessing hexogen, and a botched bombing attempt in Ryazan by FSB agents. All signs point to a potential inside job.

My favorite piece of evidence involves the Speaker of the Russian Parliament. Gennadiy Seleznyov addressed the third bombing in a speech to Parliament but got the name of the city wrong. Seleznyov was in Moscow and the bombing was in Moscow. But he said the bomb went off in Volgodonsk, a small southern city 700 miles away.

Maybe he just got mixed up? Except that three days later an apartment building in Volgodonsk was blown up. Oop.

Fast forward to December. Putin is the face of the military campaign in Chechnya. His popularity is rising.

On New Year’s Eve, Boris Yeltsin shocks the world. He announces his retirement and names Putin as acting President.

Putin’s very first presidential decree in 2000 is to stop all the corruption investigations into Yeltsin.

The elections are supposed to be in June. Instead, Putin moves them up to March. The other political parties scramble to organize, but Putin wins 53% of the vote to become President. As President or PM, Putin has been in control for over 22 years.

Less than three weeks ago, Russia invaded Ukraine. Justifying the attack as a liberating move to denazify the Ukrainian government.

Russian forces have bombed apartment buildings in the effort. Russian state TV is falsely blaming the Ukrainian government for the blasts. Accusing Ukraine of committing war crimes against its own citizens.

Now the bombed-out apartment buildings are in Kyiv and Mariupol, not Moscow or Volgodonsk. Past is prologue.