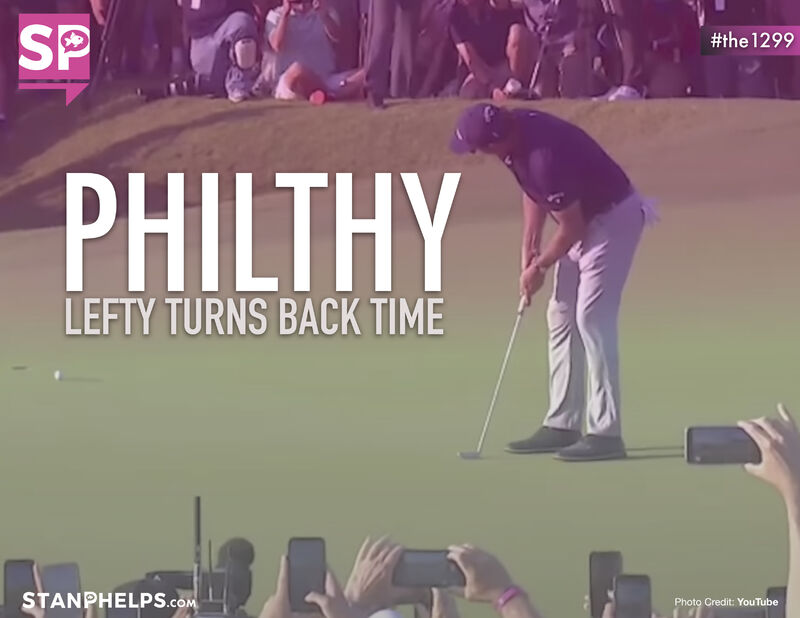 Eleven years ago Phil Mickelson was prepping to play in a major. Unexpectedly, his joints started to ache. It felt like he’d sprained a wrist on one hand and somehow jammed a finger on the other. His right ankle hurt too. Uh-oh.

According to reporting by Healthline Media, “One morning just two days before the tournament, Mickelson woke up in such agonizing pain he almost couldn’t get out of bed.”

Mickelson would consult with a rheumatologist and learn he had psoriatic arthritis (PsA). PsA causes inflammation and pain in joints throughout the body. The autoimmune disease can make fingers and toes look like sausages.

Phil would begin taking a biologic and soon his arthritis was under control. The TNF blocking drug reduced his pain and swelling.

Did Mickelson hide his weakness? NO

He flaunted it by becoming a public advocate.  In his words, Phil wanted to increase awareness because he “didn’t think the information [about the disease] was properly out there.”

Three years after his diagnosis, Phil would win his 5th major. Two weeks ago, he captured his 6th becoming the oldest major winner in history at age 50. He didn’t just turn back time, Lefty tamed the longest golf course in major history.

How would you describe his extreme effort? My word: Philthy