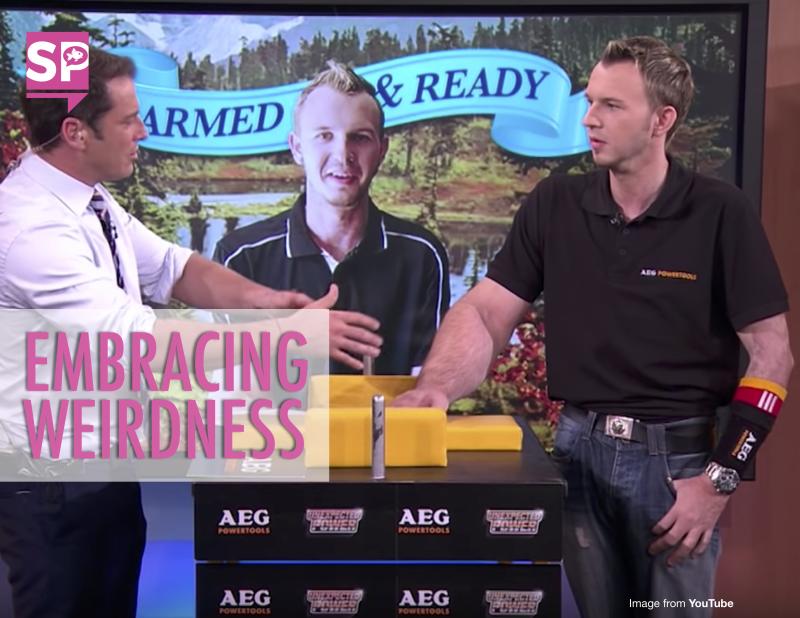 Matthias Schlitte embraces the Pink Goldfish mindset. He doubles down on what makes him weird and does less of what others do as normal. Matthias began practicing arm-wrestling when he was 16. But he only trains the muscles in his right arm. When you see a picture of him, it looks like he has a genetic deformity. It’s because he does. It’s called KTS, which causes one of a person’s four limbs to grow much larger than the others.

His right forearm is nearly 18 inches around, but his left forearm measures just 6 inches. It seems like the only muscles that he has are in his right arm. This is a huge advantage in arm wrestling because his opponents are determined by weight class. People wrestle against others of similar weight.

Matthias’ wrestling arm is much larger than that of his competitors because they have bodies with normal proportions. This means that much of their weight is in parts that don’t help them with arm wrestling.

Schlitte can spend additional time and energy exercising his right arm because he doesn’t have to bother with building the rest of his body. He is weak in many areas so that he can be incredibly strong in the area that is the most important. His flaw makes him awesome.

How are u doing less, so u can do more of what makes u unique?