Lessons From Space And How It Became the Final Frontier for Dr. James Goodnight 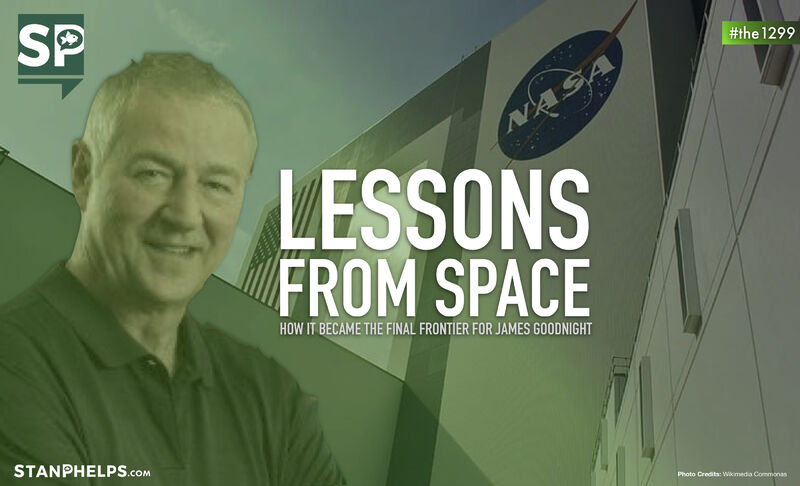 It started as a young college graduate. James received a job working for NASA on the Apollo space program in the late 60s. Beat the Russians and put a man on the moon. It must have seemed like a dream job.

What he found was a toxic work environment. People didn’t communicate and any semblance of trust was absent.

Employees had to use timecards. There were metal detectors to make sure employees weren’t stealing.

It was even worse when he saw how the executives were treated. They enjoyed special parking areas, break rooms, and a cafeteria.

He watched executives enjoy good “free” coffee, while he and his coworkers had to dump a quarter into a vending machine for brown swill.

The experience would leave a mark. Space would become his final frontier.

Discouraged, James would head back to NC State and begin his doctoral studies in statistics. Upon graduating he’d take a position on the faculty. He’d take part in a USDA research project to create a general-purpose statistical analysis system for analyzing agricultural data.

In 1976, the statistical analysis system (SAS) software had 100 clients. He and three other faculty would spin out and create a company. James would take the role of CEO.

From the outset, he wanted to make SAS a fun place to work with the work itself being the biggest reward, an environment that would harness creativity, providing all of the resources employees would need.

From its earliest days, employees tell stories of piling into Dr. Jim Goodnight’s station wagon and going down the street for pizza. SAS would pick up the tab whenever they added another 100 customer sites to their list.

Remembering the culture at NASA, his focus became treating people the way he’d like to be treated. That if you treat people like they matter… they will.

As we deal with “The Great Resignation,” perhaps we can learn from James. He knew that annual turnover can be as high as 30% in his industry. And that filling empty positions can cost anywhere from 2x to 5x an employee’s salary. SAS turnover was typically 3 to 4%.

It’s simple according to Dr. Goodnight. He says, “You have two choices. You can spend money on employees or headhunters and training, and it’s about the same amount of money. So why not spend it on the employees?”

And it takes more than just a paycheck to keep their people happy.

Dr. James Goodnight believes that money should not be the key motivator for team members. People who care primarily about the money can easily be bought.

SAS has been recognized annually as one of Fortune‘s Great Places to Work since the list’s inception in 1998. Last year, Goodnight was awarded a CEO Great Place to Work For All Leadership Award.

His entire approach can be summed up by an employee’s quote in Fast Company, “You’re given the freedom, the flexibility, and the resources to do your job. Because you’re treated well, you treat the company well.”