Is this the biggest pizza innovation in 60 years? 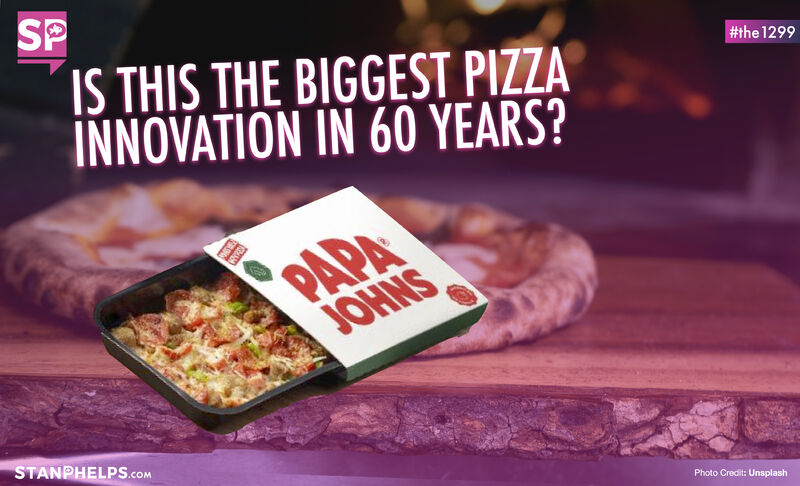 Is this the biggest pizza innovation in 60 years? Or has Papa Johns lost the plot?

Back in 1962, late Canadian restaurateur Sam Panopoulos topped a pizza with pineapple. Ham joined the ensemble and Sam dubbed it the “Hawaiian Pizza.”

According to an article by Dan Nosowitz in Atlas Obscura,

“’People said ‘you are crazy to do this,’ Panopoulos remembers. But he liked it immediately and started advertising his crazy new pizza topping. Amazingly, it caught on.”

Since that day at the Satellite Restaurant in Chatham, Ontario, the debate about pineapple on pizza has raged.

Is there a more divisive topping? I think not. A 2013 post on BuzzFeed by fellow Triangle resident Thomas Evans called the Hawaiian, “the most insulting and offensive pizza in the world.”

Now Papa Johns has entered a new item into the debate. Not a topping though.

They are leveraging the Pink Goldfish of Withholding to get people excited about pizza again. Withholding is doing less of what everyone else does as normal.

This new spin on the classic pizza is all toppings… and no crust.

Sorry, you’ve got to be a Papa Johns loyalty member this week to try one. Everyone else will get a shot starting August 22nd. But, will anyone be rushing out? Hmmm.

1. The chain believes this provides a healthier alternative.

2. CNN reported they want to avoid the “veto vote.” That’s when an eatery gets ruled out because it doesn’t have enough options for everyone in the dining party.

3. Because they think people have pizza fatigue.

That last reason by Scott Rodriguez has set the Twitterverse ablaze. Papa Johns was trending yesterday and it’s not pretty.

Are Pizza Bowls the next Mexican Pizza sensation? Or will they go the way of Pizza in a Cup?

According to @Stewey444 on Twitter, “The only person who wants this is Dr. Oz, so he can spend less time shopping for crudite.”