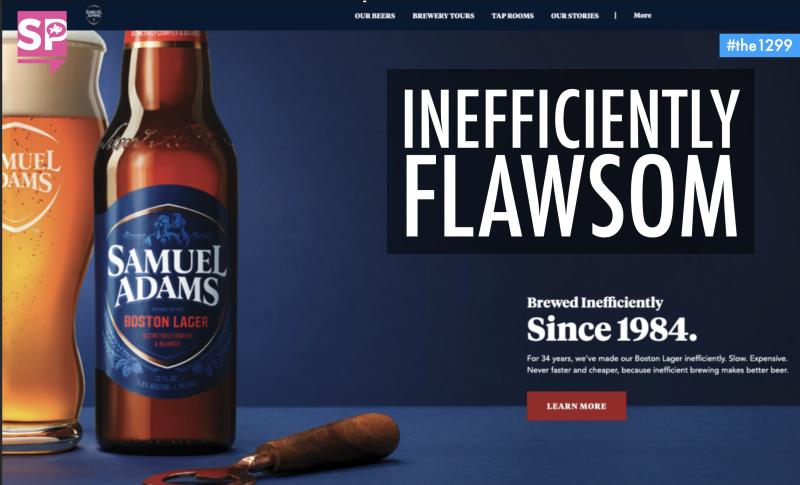 Efficiency has its place. But efficiency for the sake of efficiency can be dangerous. Efficiency is important for the right things. The things that matter the most to your customers and employees. But, maybe a deliberate flaw can be a strength.

CASE IN POINT: Boston Beer Company. They flaunt that Sam Adams has been, “Brewed Inefficiently since 1984.” According to a blog post by Tim Williams, “This classic Boston beer brand allows extra time for its hops to fully mature in order to craft its full-flavored lager. Sam Adams could have a more ‘efficient’ brewing process, but it would result in a much less satisfying product.”

Efficiency is only relative to utility. Ever heard the story of the Soviet nail factory? According to Skeptics.com, “There was a factory in the Soviet Union that made nails. Unfortunately, Moscow set quotas on their nail production, and they began working to meet the quotas as described, rather than doing anything useful. When they set quotas by quantity, they churned out hundreds of thousands of tiny, useless nails. When Moscow realized this was not useful and set a quota by weight instead, they started building big, heavy railroad spike-type nails that weighed a pound each.”