How the Barkley Marathons do the opposite of “normal” races 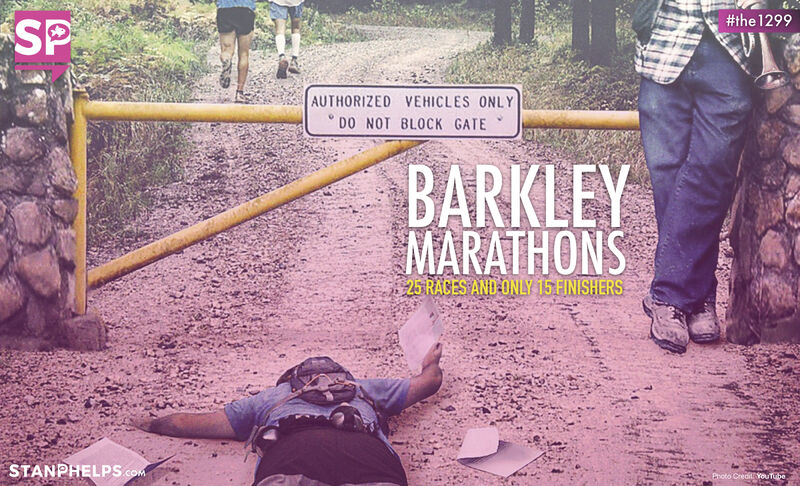 In 1977, James Earl Ray, convicted of assassinating Martin Luther King Jr in #Memphis, escaped from Brushy Mountain State Penitentiary. After 55 hours in the mountains of Tennessee, he was found just 8 miles away from the prison.

That might’ve made Eminem proud, but Gary “Lazarus Lake” Cantrell thought he could have gone at least 100 miles in the time it took Ray to go just eight.

He couldn’t, but this gave him an idea for a race.

He named the race after his friend Barry Barkley, in the same rugged environment. The Barkley Marathons were born in Tennessee.

It turns out that professional athletes can’t run 100 miles either. Only 15 runners have completed the course since the race was started in 1986. In 2006, 30 of the 40 participants were unable to even complete the first two miles.

Let’s look at how the Barkley Marathons leverage the Pink Goldfish of Opposing. They flaunt norms and do the opposite of “normal” races:

Normal marathons have a clear online registration process. The Barkley Marathons have no clear process. If you want to race, you need to mail a letter to the race organizer and hope he responds.

Normal marathons use timing chips to track runners. The Barkley Marathons have no electronic timing. Runners collect pages from paperback books at various milestones along the way to prove they’ve completed the whole course. For example, if you are runner #22, you rip out page #22 from the book at each checkpoint and bring it back with you in a plastic bag.

Normal marathons provide course markers and maps. The Barkley Marathons do not have a marked course. There is only one map. The course changes each year.

Normal marathons offer aid stations with drinks, snacks, water, ice, and medical care. The Barkley Marathons have no aid stations or volunteers or any assistance of any kind. Runners are on their own. They have to provide all supplies and carry everything with them.

Normal marathons charge a fee of around $100 to cover expenses or to donate to charity. The Barkley Marathons charge an application fee of $1.60. Participants also have to bring Lazarus, the race organizer, a license plate and one additional item that changes from year to year. One year the fee was a pack of white tube socks. Another year it was a button-down shirt.

Normal marathons provide a clear start time. The Barkley Marathons have no set start time. A race starts an hour after the race organizer blows the conch shell. It starts when he lights his cigarette.

The Barkley Marathon is so unusual and so interesting that it was the subject of a very popular Netflix documentary with the subtitle, “The Race That Eats Its Young.” It is one of the most desirable races for endurance runners throughout the world.

Sometimes a Pink Goldfish is a race that you can’t sign up for and can’t finish.