How Snapchat attacks the strengths of its competitors 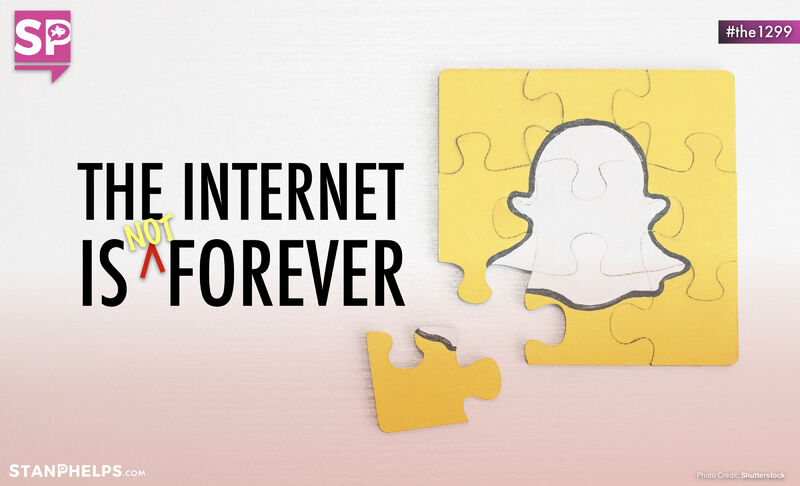 “The internet is forever.” You’ve probably heard some version of this statement before. It means that once your personal information or a tweet or a photo or an article is on the internet, it will never disappear. There is no reliable way to remove it. This phenomenon is called “The Streisand Effect.”

Shutterfly, Inc. was founded in 1999 as a way for people to store and share their photos online. Flickr started in 2004 with a similar mission. Instagram followed in 2010 and quickly became the dominant player in photo sharing.

How do you attack your competition? Companies with decades of experience. Others with cool cutting-edge features.

The most common and obvious path is to try to do what your competitors are doing but do it even better. Better sharing. Better storage. Better features. But as you’ve probably guessed, there’s another way.

That was Evan Spiegel’s idea when he was in grad school at Stanford University. He presented it to his class and got terribly negative feedback. Everyone told him it wouldn’t work.

Fortunately, Spiegel didn’t listen and Snapchat debuted in 2011. Impermanence wasn’t just one of their early features… it was the primary feature.

The main difference between Snapchat and its competitors, at least at the beginning, was that the pictures being shared would automatically be deleted from the recipient’s device.

In our book Pink Goldfish 2.0, David Rendall and I love Spiegel’s explanation of his philosophy:

“Snapchat isn’t about capturing the traditional Kodak moment. It’s about communicating with the full range of human emotion – not just what appears to be pretty or perfect.”

He believed that the permanence of photos on other sites led to anxiety and created pressure for people to only post ideal or positive images. He thought that fleeting photos would free people to spend less time editing their appearance to make it conform to societal norms.

Yes. Almost 10 years after Snapchat was released, they have 229 million daily users creating more than four billion snaps per day and their market cap is over $78 billion. They attacked their competition by framing permanence as a weakness and impermanence as a strength. In doing so, they went against the conventions of their competitors and the Internet itself.

Along the way, they didn’t just succeed. They changed the entire industry. All the major players now have a “stories” feature in which users can post photos and videos that will disappear after a predetermined period of time.

Question – How can you attack the strengths of your competitors?