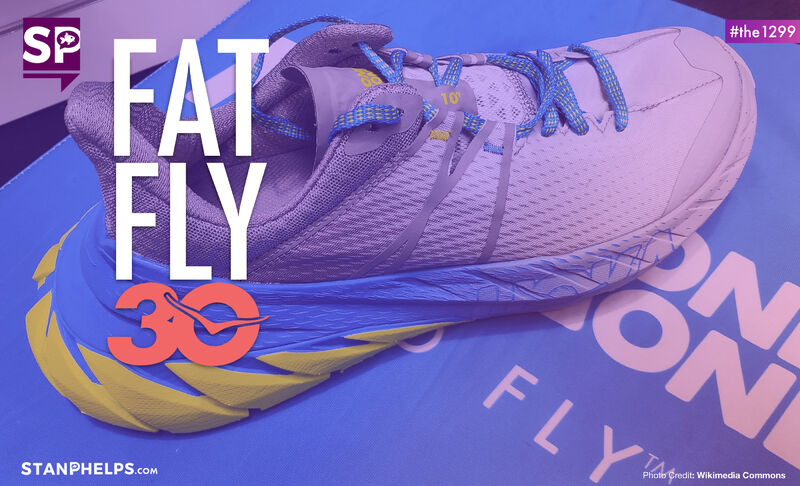 Pink meets Purple. How HOKA leveraged opposing and guarantees to stand out in the marketplace and fly…

Rewind back to 2009. The trend in footwear was minimalist. Reduced cushioning, thinner soles, and lighter weights were all the rage.

Enter a new brand from Annecy, France. Former Salomon employees Nicolas Mermoud and Jean-Luc Diard created a shoe that allowed them to run downhill faster. It featured an oversized outsole that had more cushion than any other running shoe at the time.

They named the brand Hoka. Hoka is Māori word. Māori are the indigenous Polynesian people in New Zealand. The word translates loosely to “fly over the earth.”

David Rendall and I share in “Pink Goldfish 2.0” how opposing brands fly in the face of norms. When everyone heads in one direction, some brave brands will do the opposite. When thin was in, Hoka went fat.

And they lopsided it to boot. Hoka soles were two and a half times fatter. They managed to innovate a sole with 29 millimeters of cushioning, a 19-­millimeter boost over traditional shoes, without any added weight.

Then, they leveraged the Purple Goldfish of guarantees to stand behind their shoes. Hoka has the “FLY For 30” Guarantee.

Here’s how it works:

Buy a pair and try them for 30 days. If you aren’t totally satisfied, you can send them back for a full refund or product exchange. No questions asked.

They call it the “No Matter What” Guarantee.

Takeaway: When other competitors were trying to keep runners closer to the ground, HOKA designed shoes to make you feel like you’re flying. And while you stand in their shoes, they’ll stand behind you for a month “no matter what.”