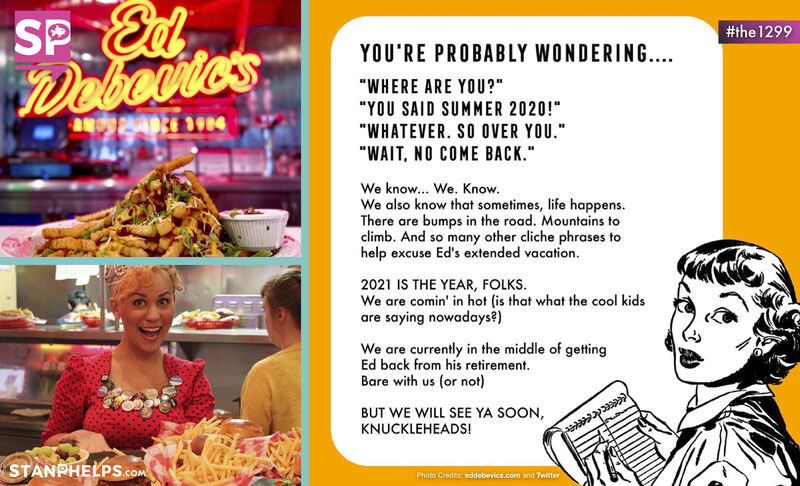 A video of one of their mean servers, Kryssie “Cherry” Ridolfi, went viral in 2015 and has more than 4 million views on social media. They also sell the “world’s smallest sundae.”

After closing for a few years, Ed’s is reopening this year, although that has been delayed because of the COVID-19 pandemic.

One year after Ed opened his doors, Dick’s Last Resort was founded by Dick Chase in 1985. Chase had formerly gone bankrupt while trying to run an upscale fine dining restaurant. He decided to “go sloppy” on his second effort and developed a completely different approach.

Dick’s tagline is “socially unacceptable.” Instead of training their servers to be polite and helpful, they teach them to be rude and obnoxious. They are insulting and intentionally provide customers with bad service. For example, napkins aren’t placed on the table. If someone wants a napkin, one is thrown at them.

Servers aren’t the only thing that is rude at Dick’s. They encourage people to post #dickspicks and #dickmove on social media. They sell offensive T-shirts and bumper stickers proclaiming that “Real Women Love Dick’s” and “I Love Dick’s.”

Ed’s and Dick’s aren’t the only restaurants to succeed with this antagonistic model.

Similarly, Ben Baker told David Rendall and me about The Elbow Room Cafe in Vancouver. It was founded in 1983 by Bryan Searle and Patrick Savoie, and is famous for their snarky, cheeky, and sassy service. Their menu proclaims to customers that “food and service is our name, abuse is our game!” They also offer items such as “Big Ass Pancakes” and “I Have No Imagination” omelets.

The restaurant is so legendary, that Dave Deveau and Anton Lipovetsky wrote a play about it. In 2017, Elbow Room Cafe: The Musical debuted at the York Theatre. Not many diners are unique enough to inspire this kind of attention and affection.

Sometimes a Pink Goldfish is rude service . . . and a musical.