How BrewDog rocks the Pink Goldfish of micro-weird 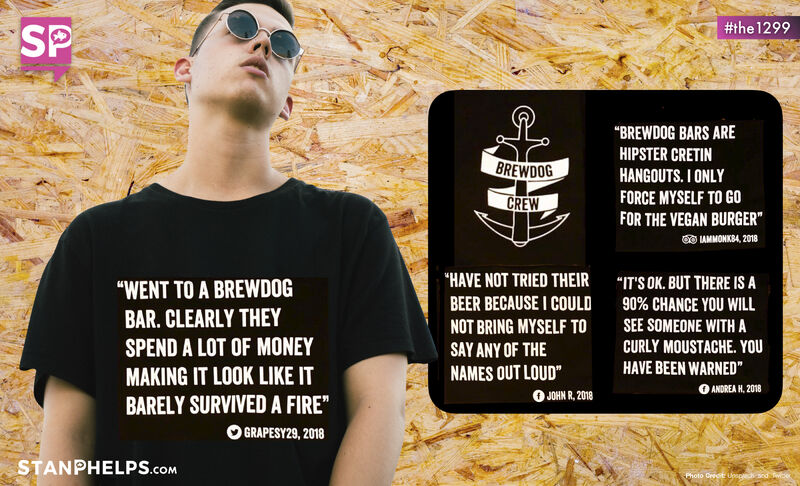 BrewDog isn’t your ordinary craft brewer. The Scottish microbrewer rocks the Pink Goldfish of micro-weird. Here are a handful of the things that make them eminently talkable:

1. Crew T-shirts – over the last few years, Brewdog had featured actual negative reviews on staff shirts. “Went to BrewDog bar. Clearly they spend a lot of money making it look like it barely survived a fire.” Some of the shirts are vicious, “Over priced pish. F#cking awful. What a company. Complete hipster paradise.”

2. Shower beers – In 2018, BrewDog launched DogHouse Hotels. The first craft beer hotel. Of course, they are dog-friendly. But my favorite is the minibar next to the shower. Because . . . beer tastes better in the shower.

4. Beer Advent Calendar – this year the brewery offered the best of BrewDog in one box. A craft beer advent calendar allowed you to unwrap 24 bottles including 14 new beers for 2021, 6 new this Christmas, and 4 online exclusives.

5. Road-kill beer – interested in trying a 55% ABV beer. It takes over seven months to brew. It’s super-limited and expensive. But the thing that makes it really micro-weird is that the bottle is encased in a squirrel. See pic in the comments. Why taxidermy squirrels? According to BrewDog, “We wanted to do something that was at the same time beautiful and disturbing, something that made a statement and tried to make people stop and think about all of the possibilities that beer actually has.”

Micro-weirding is using minuscule actions to differentiate your brand and customer experience. The lesson is that you can set your brand apart without some cohesive master plan; you can be just a tiny bit weird.

And just because something is micro-weird, doesn’t mean it has a micro-impact. The difference between ordinary and extraORDINARY is sometimes just that little weird something extra.