Harry Styles stands out as a Pink Goldfish 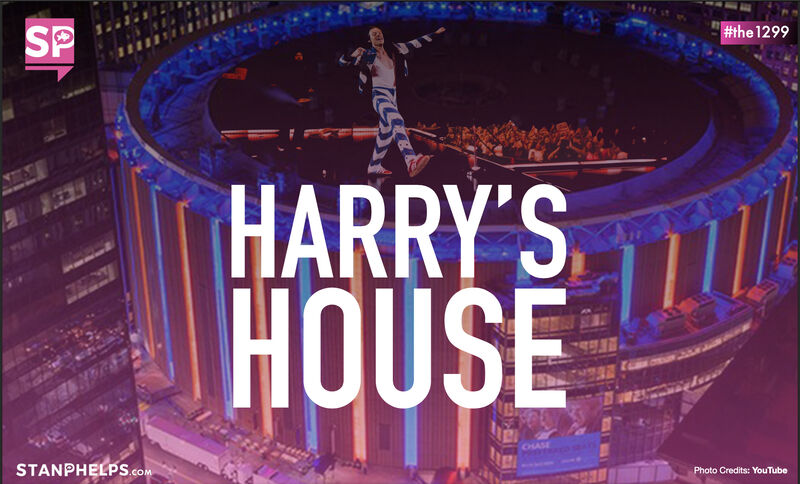 Whose house? Move over Reverend Run and Billy Joel… the World’s Most Famous Arena is Harry’s House. Harry Styles added another five sold-out shows to his Madison Square Garden residency.

That brings the total to 15 shows this August and September.

That’s more shows than Billy Joel typically does in a year. Joel started his residency back in 2014.

Most bands tour across the country. City to city. In an opposing move, Harry Styles will do 30 shows in just two cities: New York and LA. He is a destination draw.

Peel back the layers and you’ll find a core group of fans that see these shows as a collective experience. They call themselves Harries or Stylers.

Dressing up for a Harry Styles is part of the micro-weird experience. Just like the singer, fans sport bright colors, stripes, glitter, and boas. And they come wielding homemade signs and flags.

In the words of teen Kaelana Faessler, “The energy in the room was indescribable, but everyone was having the time of their lives…Styles was very engaging with the crowd between songs, occasionally taking breaks to read signs or crack jokes.”

Like when Harry reacted to a fan’s hilarious sign with a punny joke, “What do you call a sad strawberry? A blueberry!!” by saying, “That’s so good.” Or when he obliged a fan when seeing a sign that said, “Bark like a dog.”

His personality lends to the experience. The New York Post called out his charm,

“Therein lies the power of Styles, who is not the best singer, not the best musician, and certainly not the best dancer. But he can carry and own the stage with a minimal amount of the typical production bells and whistles — no backup dancers necessary — required for an arena show.”

Harry Styles stands out as a Pink Goldfish. By doing more of what makes him weird and less of what others do as “normal.”