Every dark cloud has a silver lining 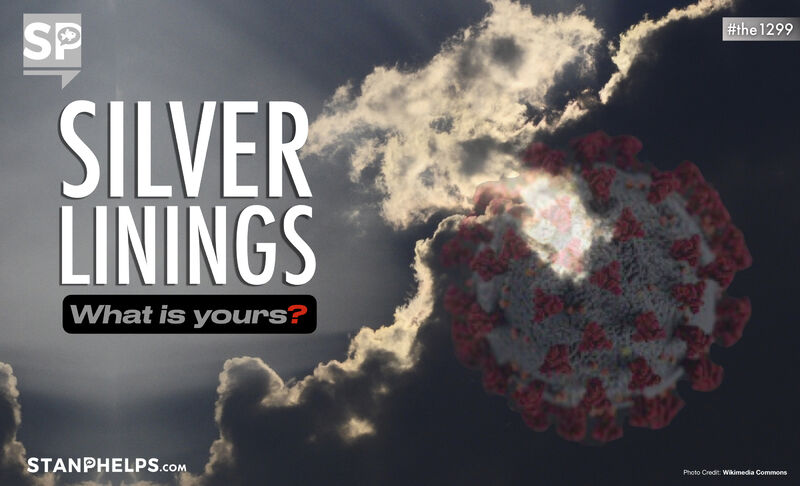 Every dark cloud has a silver lining. We are emerging from a global pandemic into an enduring endemic. It’s important to reflect on how the crisis has impacted us in both life and work.

There is an exercise I’ve used as an icebreaker during workshops over the last two years. It’s called, “Silver Lining or Birdcage Lining.” Credit to fellow speaker Amy Climer, Ph.D., CSP for the idea.

I’m amazed every time I do it. Over 90% of the time participants pick something positive and focus on the good.

For me personally, the silver lining has been GOLF. Mark Twain once described the game as “a good walk spoiled.” For a while, I agreed with that sentiment. I had given up the game for over 10 years before the pandemic began. A combination of bad wrists (due to rheumatoid arthritis) and a lack of time (two young sons) sucked the joy out of the game. At age 40 I thought I played for the last time in Ireland with good friend Keith Green, APR.

The revival happened by accident. While spending a weekend in Savannah, my boys went to the gym. The gym for the resort was in the golf clubhouse. Soon I was receiving texts…. “Dad, come over to the range. They’ve given us clubs and balls.” I went over and gave my youngest a few tips. My oldest was only concerned about how far he could hit the ball.

While providing a few pointers . . . I hit a few balls. It didn’t hurt as bad as I feared. I even hit one or two really well. If you are a golfer🏌, you know the feeling I’m describing.

It’s now been 18 months and over 100 rounds of golf. Both of my boys have maintained interest (which is saying something for teenage boys).

I’m eternally grateful for the physical and mental benefits of the game.

Now I want to leverage GOLF as a way to give back to the community. On Monday, April 18th I will participate in a GOLF Marathon organized by the YMCA.

Starting at dawn, I’ll play 100 holes in one day at Governors Club in Chapel Hill to raise awareness and funds for the YMCA of the Triangle.

If you’d like to support my effort, check out my giving page. But, that’s not the point of this post.

The point is to reflect on your silver linings…

To steal a quote from Brianna Wiest, “One day, the mountain that is in front of you will be so far behind you, it will barely be visible in the distance. But the person you become in learning to get over it will stay with you forever — and that is the point of the mountain.”