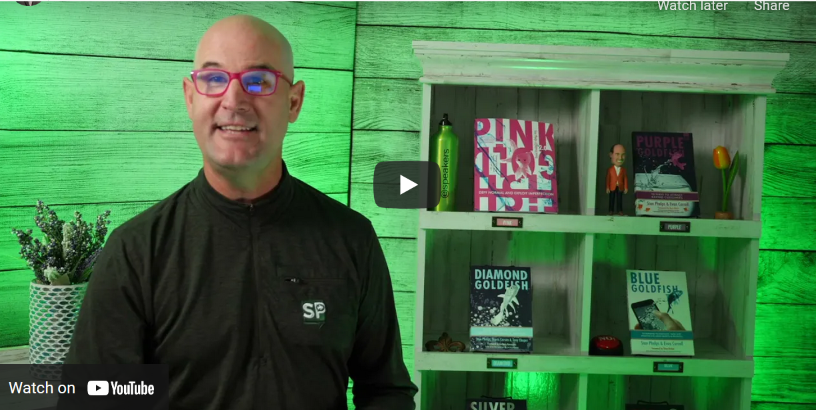 Vineet understood the importance of interactions between frontline employees and the customer. He calls these 24 inches the “value zone.”

Nayar drew his inspiration from Mahatma Gandhi and his famous Dandi March. Gandhi walked to the sea to make salt as a protest to the British government about their monopoly on salt production in India. This small action ignited change, becoming a catalyst that led to a large-scale uprising.

Nayar knew he needed actions and not words.

One of the Green Goldfish changes HCL Technologies made on their journey was an online forum for employees called U&I. Employees could ask any question to the senior team at HCL Technologies.

It was an open site where everyone could see the question, the questioner, and the answer.

“This is the biggest change we have seen at HCL in years. Now we have a management team that is willing to acknowledge the dirt.”

Why open the window of information?

Vineet uses the analogy of an Amsterdam Window. Having previously lived in Amsterdam, I can attest that these windows are immense.

They are a throwback to the modest Calvinist period when subtle expressions of wealth, such as being able to afford to pay the highest window tax, were favored by the rich.
In the words of writer Joanna Tweedy,

“Today, the centuries-old glass, beautifully imperfect, frames the olive-green waters outside and lets the natural light and the eyes of curious tourists pour in.”

While visiting Amsterdam, Vineet pointed to windows and asked his friend,

His friend mentioned all the obvious reasons like letting in light and enjoying the view of the canal, but then offered a much more interesting answer.

“It keeps the house clean.”

It turns out that the bigger your windows, the more glass you have, the more visible your dirt will be—to you and to everyone who visits or passes by.

In Vineet’s words, “If you can see the dirt, you will be much more likely to get rid of it. A transparent house has a dramatic effect on the culture inside.”

Of 75 possible drivers of employee engagement, the ONE that was rated as the most important was
the extent to which “employees believed that their senior management had a sincere interest in their well-being.”

Takeaway: Transparency is key to engaging employees and winning trust. How are you opening up the window of information and demonstrating an interest in the well-being of your team?