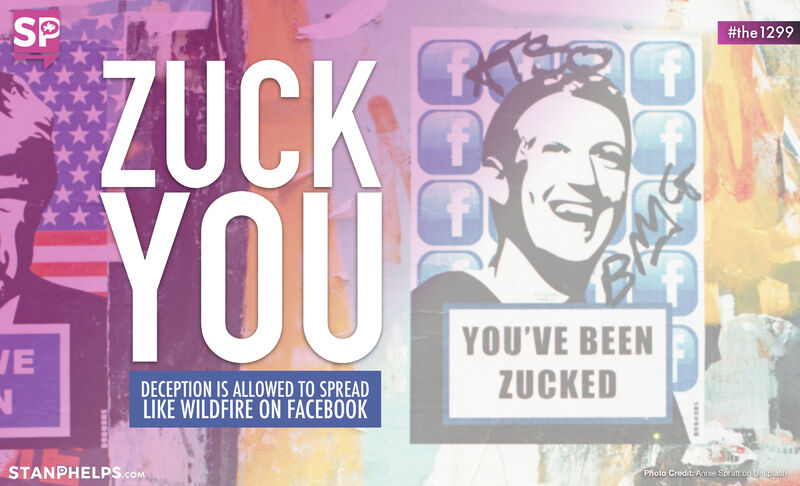 I tend to agree. Yesterday I went back and forth with a friend on vaccinations.

Here’s what I was told:

“Only wish we were given all of the facts.”

“Not saying they are purposely being withheld, but why aren’t they publicly being shared? When this happens, it certainly raises eyebrows and garners yet more questions.”

“Doctors too have been wrong in the past…just saying!”

If I read between the lines, somebody is getting Zucked into a potentially false narrative.

Reporting over the last week from The Wall Street Journal put forth internal documents on how Facebook is well aware of its platforms’ negative effects on users. And how it has repeatedly failed to address them.

Three years ago Benioff bought TIME Magazine in an effort to curb the issue. He feels TIME can be part of the solution by continuing to carry out its journalistic duty. He’s accountable for what he publishes and wants Facebook to carry the same level of accountability.

Benioff wants Congress to review existing laws in an effort to stop the “level of deceit” on social networks.

IS BENIOFF RIGHT OR IS HE AN IDIOT?

If you think he’s an idiot, you are not the only one.

Back in 1999, Benioff invited three friends to his San Francisco apartment. He pitched them a business idea. To say it got a lukewarm response is an understatement. Co­founder Dave Moellenhoff didn’t sugarcoat it,

“You’re an idiot. That’s the stupidest thing. This is never going to work.”

Undaunted, they pressed forward and launched one of the first enterprise cloud software services in the world. Pioneering the concept of delivering enterprise applications via a simple website.

That company was Salesforce.