City Winery is a study in differentiation 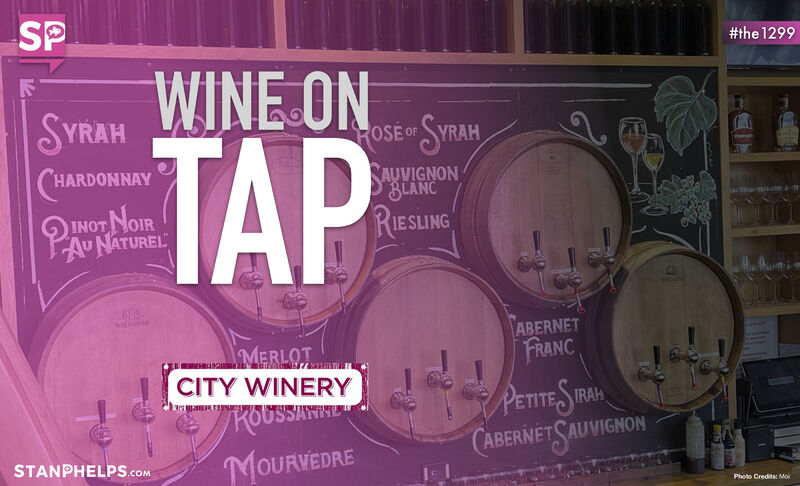 City Winery is a study in differentiation. Michael Dorf created a live music venue centered around wine in 2006. It is a great example of the Pink Goldfish of Opposing.

Opposing brands are unlike other brands. They are contradictory and dissimilar. They operate in a way that is incompatible with everyone else in a given category.

Two weeks ago I had a chance to visit the new Pier 57 location in New York City. I caught up with friend and Chief Growth Officer Jack Laschever for a tour. This was my second time to one of their venues. I had the honor of speaking for AMA Nashville years ago at their Music City location.

Never been? Imagine walking into a working winery in the middle of a big city. Add in an intimate music venue with a cool bar/restaurant and you’ve got City Winery.

Founder Dorf has strong roots in both venues and concert promotion. He was a founder of the Knitting Factory and a pioneer in streaming concerts. Michael shared the insight that launched the concept with Billboard,

“We thought of going for a sort of older demographic who have disposable income and are very underserved. These audiences don’t want to stand, they want to sit, they want to be treated in a much more refined way and many of them are pressed for time. So we’ve created a luxury concert experience. We’re really only the game in town putting on a show at the level that we’re putting it on and taking a kind of Danny Meyer restaurant approach to the customer experience for a show.”

Opposing is rooted in being opposite. Opposite is defined as “contrary or radically different in some respect common to both, as in nature, qualities, direction, result, or significance.” To be opposites, two things need to be both very different and also have something in common. There’s something that unites them but something else that completely separates them.

City Winery is like something you know, but its different. It’s sit, not stand for a concert. It’s intimate, not cavernous like an arena. Not dinner then a show, rather it’s dinner with a show. It’s a winery, not in the countryside, but in the middle of a big city. It’s wine from a keg and a tap as opposed to a uncorked bottle.

Is it working? Yes.

City Winery now has locations in eight markets. In addition to New York, you can experience intimate concerts while enjoying locally made wine and good food in Boston, Chicago, Philadelphia, Nashville, Atlanta, and DC.

It hasn’t been all wine and roses. They had to close the Napa Valley location at the end of 2015. Perhaps there is a lesson there. Stick to opposing. Because as my coauthor David Rendall (a fellow Milwaukeean like Dorf) says,