BJ Novak has an interesting relationship with images 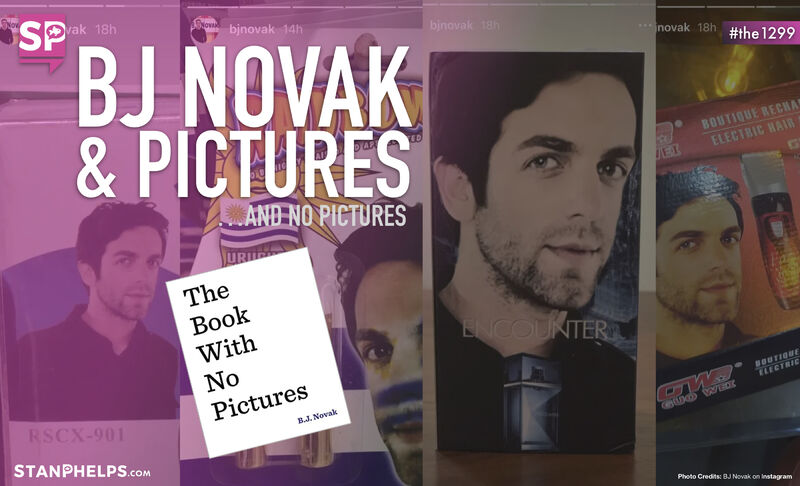 BJ Novak has an interesting relationship with images. A laissez-faire approach to an inadvertent stock photo and an absolute refusal to use pictures in a children’s book he authored. Both are examples of the Pink Goldfish of Opposing.

Stock Photo? The producer, actor, writer, and director of the hit television show “The Office” shared on Instagram, “Years ago, someone mistakenly put an image of me on a public domain site, and now apparently I am on products all around the world.”

Novak is inadvertently promoting face paint, razors, and even cologne on packaging all around the world.

What’s a celebrity to do? Most would go the Barbra Streisand route. Lawyer up and do everything you can to remove the image from both the site and the products. Then sue everybody for “damages.”

Not BJ. He went the opposite route and shared, “[I’m] too amused to do anything about it.”

Now, did you know BJ Novak is the author of a best-selling children’s book?

Think about what you expect in a book for children. The first thing that comes to mind is pictures. Children’s books win awards for illustrations. Illustrator is a profession. You can’t write a book for kids if it doesn’t have pictures, but that’s exactly what B.J. Novak did.

He authored “The Book with No Pictures,” which was published in September 2014. Novak could have found an illustrator. He could have hired one of the best illustrators in the world, but he didn’t.

In “Pink Goldfish 2.0,” David Rendall and I shared how BJ deliberately wrote a book for children with no pictures. We call this opposing, doing the opposite of what everyone else in a category or industry is doing.

Did it work? Definitely.

Critics loved it. Mark Levine from The New York Times said that the book is “conceptually radical… making the refreshing and contrarian case that words alone have sensory and imaginative vibrancy to spare.” Bustle said that it is “unlike any of the children’s books you read growing up.”

Parents and children loved it. “The Book with No Pictures” has 14,001 reviews on Amazon.com with an average rating of 4.8 out of 5 stars. Today it is ranked #278 in all books on Amazon, just over seven years after it was released.

But, some people really hate the book. Know that your efforts to differentiate are going to rub some people the wrong way.