Bert Kreischer differentiates himself by doing his shows shirtless 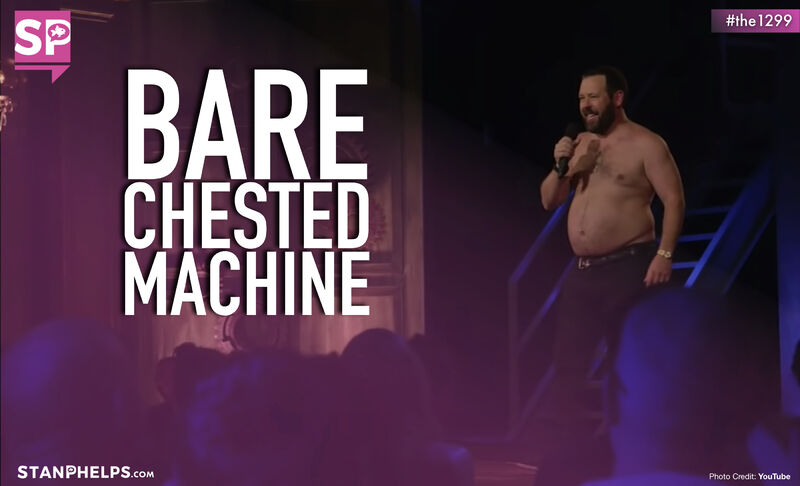 Bert Kreischer is a stand-up comedian. If you’ve ever seen him perform, you’ll remember him for one particular reason.

It’s not because he is a straight, white, and middle-aged man. None of that is very unique.

So how does he differentiate himself?

He swerves as his Pink Goldfish and does his shows shirtless. This is not doubling down on a strength.

To be clear, Bert is not fit. You will not see washboard abs. He doesn’t seem to be a fan of manscaping either. He’s hairy and overweight and proud of it. He shows it off by taking it off.

Kreischer shared with Joe Rogan that many comedians get jaded or angry when they stop having fun with their comedy. To avoid that, Kreischer wanted a reminder to have fun while performing. That reminder was removing his shirt. Kreischer becomes aware that he should be having a good time and his audience should be doing the same.

His willingness to expose his imperfect body makes him stand out in the world of stand-up. This flaw makes him awesome.

His nickname is “The Machine” from his days at Florida State University and an infamous school trip to Russia. The story is so unbelievable that it is believable.

Sometimes a Pink Goldfish is a bare-chested comic.