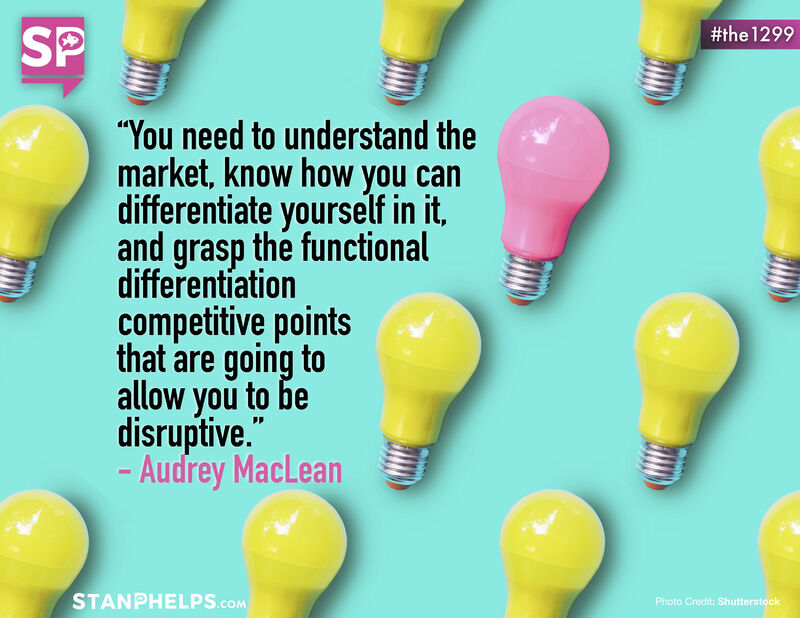 “You need to understand the market, know how you can differentiate yourself in it, and grasp the functional differentiation competitive points that are going to allow you to be disruptive.”

This quote by Audrey MacLean embodies the Pink Goldfish ethos of defying normal. Audrey personifies this both personally and professionally. She is a successful entrepreneur, investor, and educator in tech.

Here is part of her faculty description at Stanford University:

“She has been on the Midas Touch list by Forbes and listed by Bloomberg Businessweek as one of the 50 most influential businesswomen in America. She was also featured by Forbes in a cover article on Angel Investing. MacLean has three decades of combined experience in the computer and communications industries. She was a founder of Network Equipment Technologies which went public in 1987 and later co-founded and was CEO of Adaptive which merged with NET in 1993. Building on her own entrepreneurial success, MacLean has been instrumental in helping to launch and grow successful companies through her work as a mentor capitalist and as a professor of entrepreneurship.”

As a Kauffman Fellow, MacLean is a tireless advocate for the development of entrepreneurial studies nationwide and women in technology.