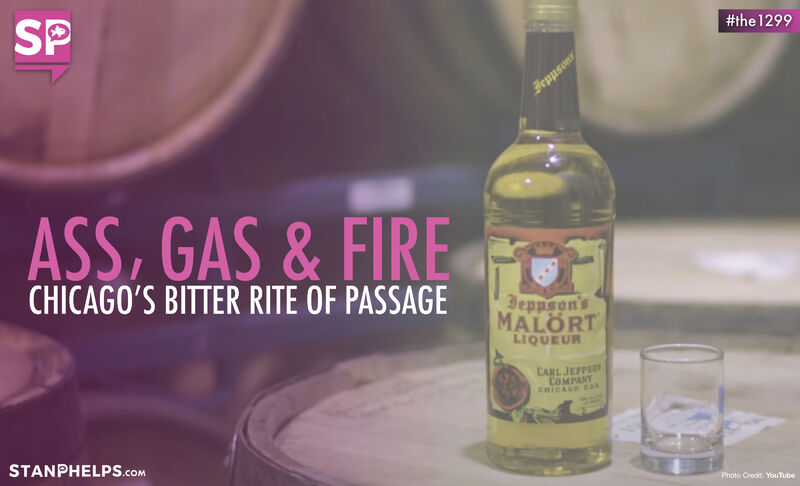 This concoction is so badass that it beat Prohibition. Made with wormwood, it has “medicinal” qualities. The founder sold it door to door as it was known to kill stomach worms and other parasites, in addition to your taste buds.

Why would you create something that tastes this awful? Turns out founder Carl Jeppson needed something strong. The cigar shop owner who immigrated from Sweden had killed his taste buds after decades of cigar smoking.

Malort has somewhat of a fan following in the windy city. Ninety percent of the stuff is consumed in Cook County alone. An estimated 10,000 shots are consumed each night in Chicago.

According to reporting by Thrillist, the company has leveraged a number of slogans submitted by fans in the past. In true Pink Goldfish fashion, they aren’t afraid to flaunt the bad taste.

5. Malort, kick your mouth in the balls!

4. Malort, when you need to unfriend someone IN PERSON.

2. Malort, what soap washes its mouth out with.

Malort, these pants aren’t going to shit themselves.

Early research by the company found that only 2 percent of customers would ever have a second shot of Malort. They have dubbed themselves the only two-fisted liquor.

Summoning the Buckley’s taste test we wrote about in the book, you can be sure David Rendall and I will be partaking in some Malort as the Pink Goldfish 2.0 book launch tour rolls through Chicago in early August.