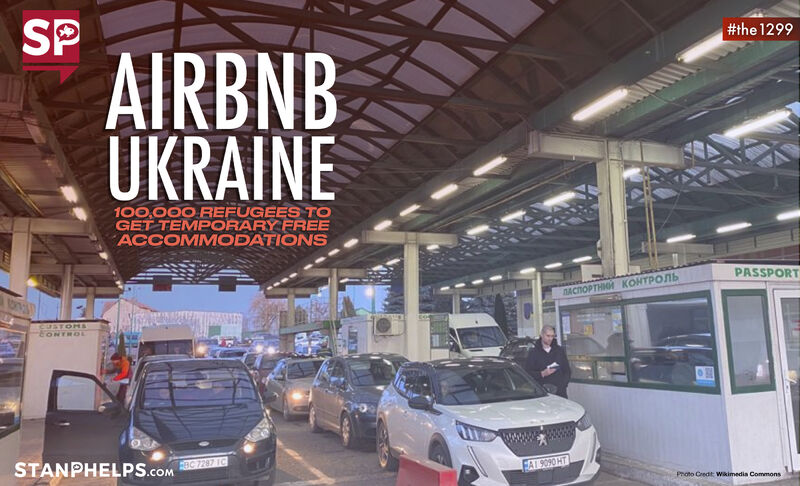 The initiative is part of its efforts to support refugees through the company’s nonprofit, Airbnb[dot]org.

In the book “Red Goldfish,” Graeme Newell and I profiled the company as part of the Liberator purpose archetype.

The purpose of The Liberator archetype is rooted in Maslow’s concept of safety. The goal is to liberate and help others. Doing so by reinventing a broken system and striving to help others break away from bondage.

You can see this in the Airbnb purpose statement:

“To open up the world, a world where people belong, anywhere.”

How did Airbnb come by this purpose? As with most companies, it goes back to the founding.

Here is the backstory. In October of 2007, Brian Chesky and Joe Gebbia were living in a San Francisco apartment. They couldn’t afford rent. That weekend, an international design conference was coming to town, and all of the hotels were sold out.

The pair had an idea. In Chesky’s words, “Why not turn our place into a bed and breakfast for the conference?”

They inflated airbeds and called it AirBed & Breakfast. From that first airbed, airBNB grew person-to-person, block-by-block, city-by-city. Today, the community is in 100,000 cities. This idea is about much more than just making ends meet. At Airbnb, they are creating a door to an open world. A world where everyone’s at home and can belong, anywhere.

It’s not enough to just have a strong purpose. Red Goldfish are the little things you do to bring that purpose to life.

The program helps house disaster victims for free. The program was launched in 2012 after Hurricane Sandy struck. It was inspired by the 1,400 Airbnb hosts who provided Sandy victims with meals and roofs over their heads in New York. Airbnb decided to create an official tool that enables Airbnb hosts around the world to help those in need during times of crisis. Through this tool, the Disaster Response Program connects those in need with hosts who have opened their doors to evacuees, providing safe places to stay in affected areas. Airbnb’s Nick Shapiro said, “We are hopeful that Airbnb can help play a small part in making the evacuation process easier for residents and their families.”

Airbnb Disaster Response Program exemplifies using technology to connect a world where people belong, anywhere, including when disaster has struck, by allowing the Airbnb community to connect with those in need — whether it be business or pleasure accommodations or shelter after an invasion or natural disaster.

Liberator is one of eight purpose archetypes. The other types include Protector, Designer, Guide, Advocate, Challenger, Unifier, and Master. Other Liberator brands include the Harley-Davidson Motor Company, SAS, Southwest Airlines, CarMax, IKEA, Netflix, and Honest Tea.