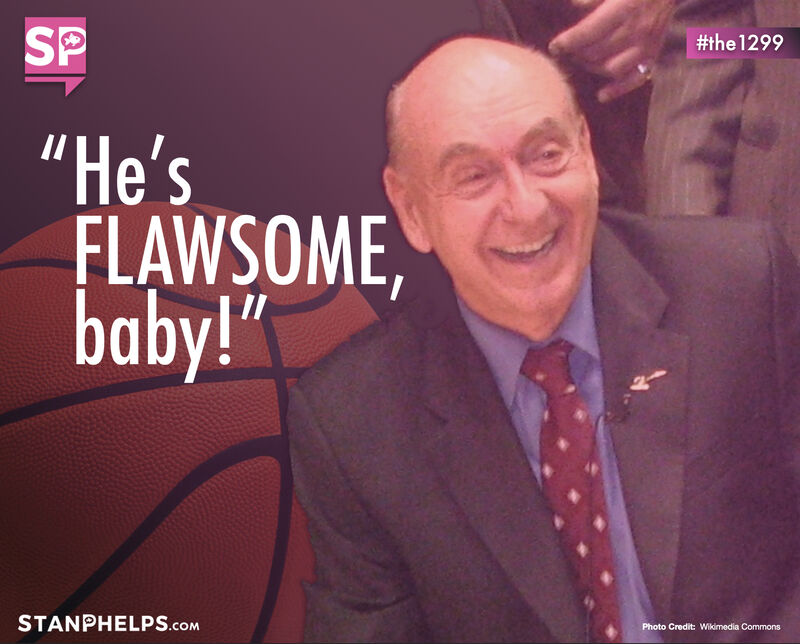 “We do not believe in ourselves until someone reveals that deep inside us something is valuable, worth listening to, worthy of our trust, sacred to our touch.”

This quote by author e.e. cummings exemplifies a story about Scotty Connal and Richard John Vitale.

You probably know him as a broadcaster.

Dick grew up in Northern New Jersey and began coaching basketball in the Garden State back in 1958… at the elementary school level.

Success would get him to the high school ranks. He’d lead his alma mater to two state titles.

This propelled him to become an assistant coach at Rutgers. After two seasons in New Brunswick, Vitale would get hired as a head coach by the University of Detroit.

Over four seasons, he’d build the Titans into a powerhouse. His final season in 1977 included a 21-game win streak and a berth into the 32 team NCAA tournament.

The momentum continued. The Pistons called. But midnight was approaching and the glass slipper shattered during his time in the pro ranks. Vitale would win just 30 games his first season. A slow 4-8 start got him fired early into the 1979 campaign.

Vitale waited for his next coaching opportunity. Then Scotty Connal called.

Scotty was working at a fledgling cable network in Connecticut.

Vitale shuddered, “Absolutely no way. I know nothing about TV. I want to get back to where I belong and my spirit belongs.”

His wife Lorraine nudged him. She told Dick “go on TV and have some fun.” Vitale accepted the job at ESPN, but stipulated it was on a temporary basis.

It’d be easy to think Dickie V. was a natural. But he wasn’t a Diaper Dandy.

He’d miss his first production meeting and Vitale struggled on-air because he couldn’t stop talking. He talked over the play-by-play announcer. He talked during commercials. He talked when his producers were talking to him through his earpiece.

Some might have dismissed him as flawed. Others might’ve asked Vitale to tone it down. Connal believed in Vitale. He reassured him, “You have a quality we can’t teach.” He saw that Dick’s enthusiasm was contagious.

“We do not believe in ourselves until someone reveals that deep inside us something is valuable, worth listening to.”

Thousands of games later, Vitale is synonymous with college basketball. His personality helped put the game on the map.

Vitale is Vitale. It isn’t an act on the air.

I got a chance to know Dickie V. working in Florida back in 1993 and 1994. I was working in tennis for IMG at a World TeamTennis franchise. Vitale’s daughters Terri and Sherri were top-ranked juniors who played at Notre Dame. Dickie V. would come to each match fired up and ready to go.

Last night, Dick called the Gonzaga vs. UCLA match-up. This battle of #1 vs. #2 was his first game back after being diagnosed with lymphoma. As a tireless advocate of the Jimmy V. Foundation, I have no doubt Vitale will battle cancer will the same enthusiasm.