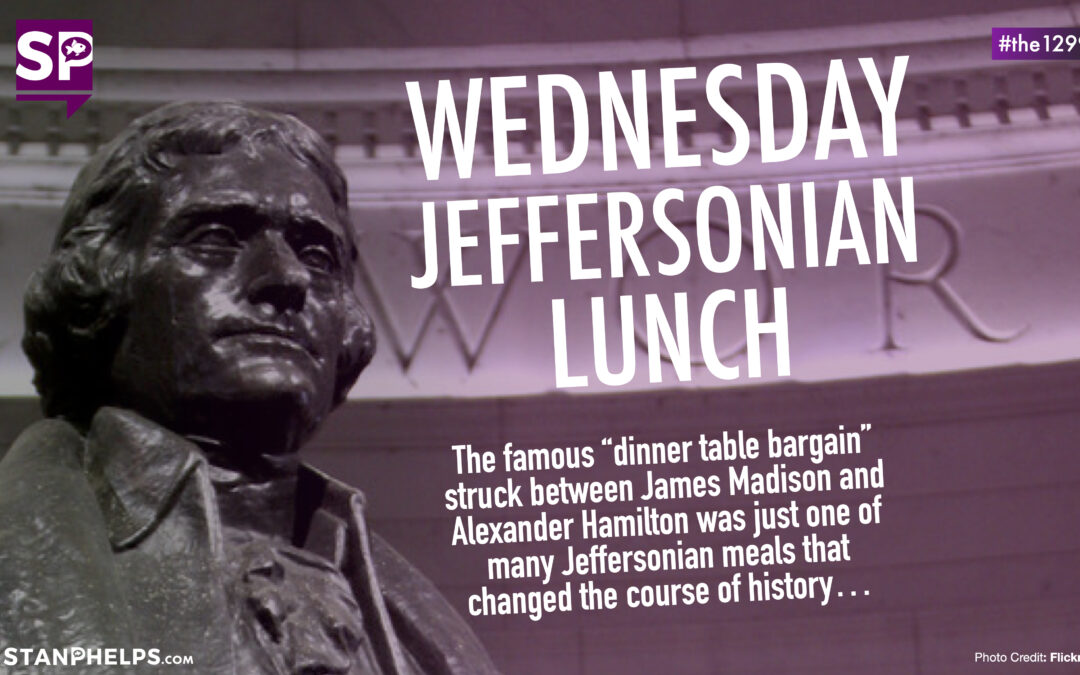 I’m starting a new tradition in the Triangle in 2023. It is called Wednesday Jeffersonian Lunch. A Jefferson what?

What exactly is a Jeffersonian Lunch?

Thomas Jefferson was known to invite thought leaders and influencers of his time from various backgrounds to share in conversation and fellowship over dinner.

I’m cutting out the wine and changing it to lunch.

By engaging in a single conversation, with only one person speaking at a time, Jefferson and his guests were able to unlock the power of their collective wisdom.

The purpose was simple:

To network, to listen, to learn, and to inspire one another through meaningful dialogue.

How does it work?
Each Wednesday (if I’m in town and not speaking), I organize up to 3 people to go to lunch with from 12 to 1 p.m. I pick a place that’s convenient for everyone joining. Everyone picks up their own check… or we agree to play credit/debit card roulette 😉

If I get invited, do I need to prep at all?
Nope. It’s an easy lift. I’ll share the topic and a convenient lunch location the day before.

Which Wednesday is available?
The scheduling feature in Calendly below will show the available Wednesdays up to seven weeks in advance. Once four people sign up for a particular Wednesday … that date will no longer be available.

Why four people?
I’m keeping it small. Inspired by our Founding Father, when Thomas wanted to have a vibrant conversation… he restricted the number of people to four. Three guests is the magic number. Yes it is, it’s the magic number.

Jefferson was known to feature unique conversation starters at these events. For example, at one dinner he set a jar of Mississippi River water in the middle of the table. The entire dinner was about the area, its people, and its features.

Some say that Jefferson’s dinners were one of the things that saved our early republic. Let’s see what lunch in the Triangle can do…