The copy is never as good as the original 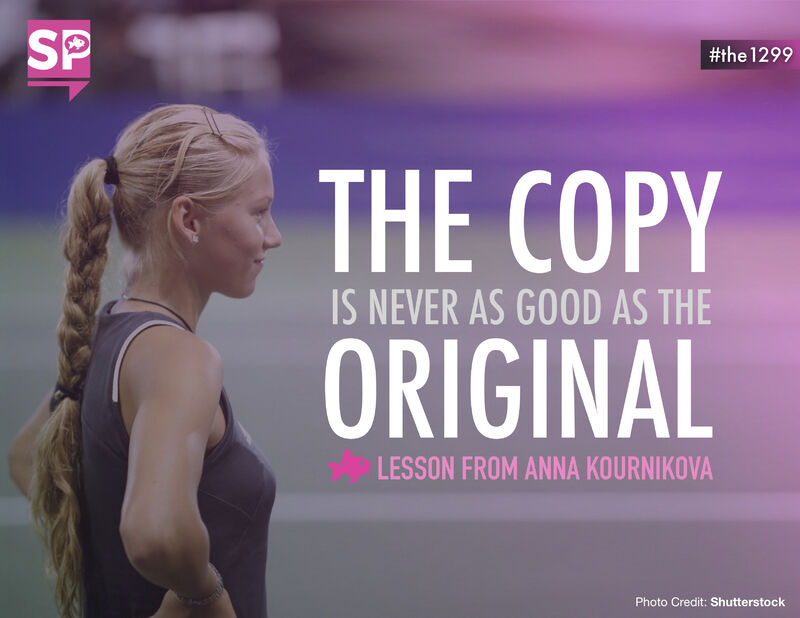 A branding and strategy lesson from former tennis player Anna Kournikova, “The copy is never as good as the original.”

Here is the backstory:

In a former life, I used to work with the Russian star during my days at adidas. In 2002, I was in the room when Anna was being interviewed at the Octagon House in the Wimbledon village. Maria Sharapova was a rising junior player at the tournament. Maria had made some offputting remarks when asked about being compared to Anna. Now the reporter was asking Kournikova to comment. Anna shrugged it off and declined to specifically address it. With a coy smile, she shared, “I’ll only say this. The copy is never as good as the original.”

There is a great lesson here as it pertains to branding and strategy. Many companies benchmark the leader and begin to emulate the things that make them successful. This type of copying leads to sameness, not competitive separation.

By contrast, smart companies embrace who they are. They expose themselves and flaunt what makes them unique. In the words of my co-author David Rendall, “You have to be willing to reveal, instead of conceal; declare, instead of deny; disclose, instead of disguise; confide, instead of hide.”

Takeaway: Don’t be a copy. Once is witty… twice is shitty.