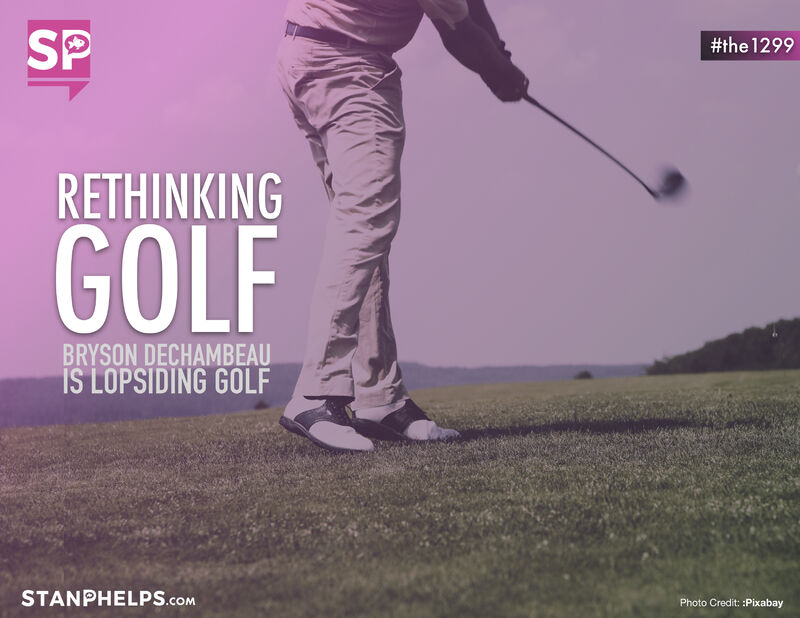 Bryson DeChambeau burst into the mainstream in 2020. His approach to lopsiding the game has been described as “Breaking Golf.” And he’s doing it more and less by the numbers.

– MORE: Bryson bulked up adding forty pounds of weight over the last year. The result is a faster swing and 22 more yards off the tee.

– LESS: Bryson is obsessed with testing his equipment. The loft on his driver is only 5 degrees. That’s half the loft of most of his competitors. He talks about getting it down to 0.

– MORE: Bryson does more of the same. Since the age of 15, all of his irons are a single-length. Why? Because if every iron is the same length, then it becomes easier to have a repeatable swing.

– LESS: Bryson doesn’t regularly practice putting. He shared to Sports Illustrated, “the past two, three years, we’ve learned everything that I needed to learn in order to launch the ball properly control speed and start it on my line. That’s all it is.”

Is it working? Yes. Last week the #5 golfer in the world was competing in the Sentry Tournament of Champions in Maui.

Branding Takeaway: Want to stand out? Be like Bryson. Do more of what makes you unique and less of what everyone else considers normal.