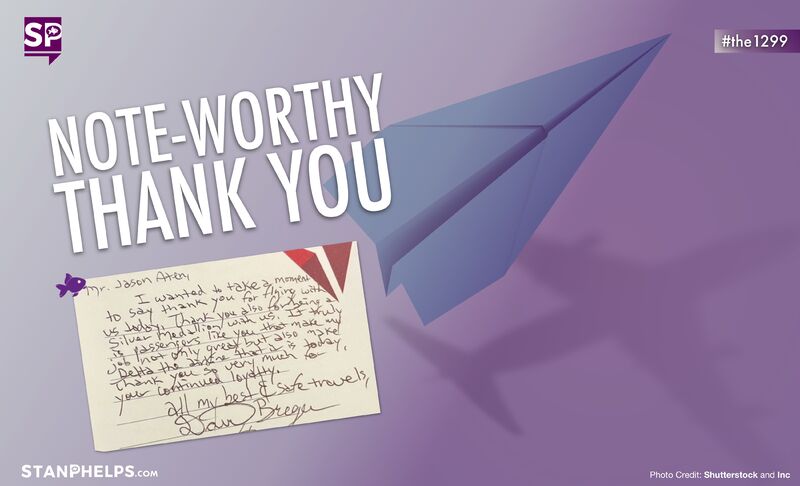 A note-worthy “thank you” from Delta Air Lines. Jason Aten from Inc. Magazine wrote about a recent flight to New York City. As the plane approached the gate at LaGuardia, a Delta flight attendant named Dave Breger shared a handwritten note with the following:

“I wanted to take a moment to say thank you for flying with us today. Thank you also for being a Silver Medallion with us. It truly is passengers like you that make my job not only great, but also makes Delta the airline it is today. Thank you so much for your continued loyalty. All my best & safe travels.”

Aten commented on the gesture, “The note was simple, but honestly, what it said was far less significant than the fact that it was personalized and handwritten.”

To reference a Disney principle: Everything you do (or don’t do) communicates.

This little extra by Delta is a great example of the spirit of lagniappe. Something extra that goes beyond the transaction to honor the relationship.

Aten captures this brilliantly, “When someone takes the time to write something by hand, it says far more than had they sent an email or simply signed a preprinted card. It communicates that they care. Why else would they sit down with a pen and paper and go through the effort of writing down a few words?”