LESS IS MORE: How simplicity is the key to productivity and happiness 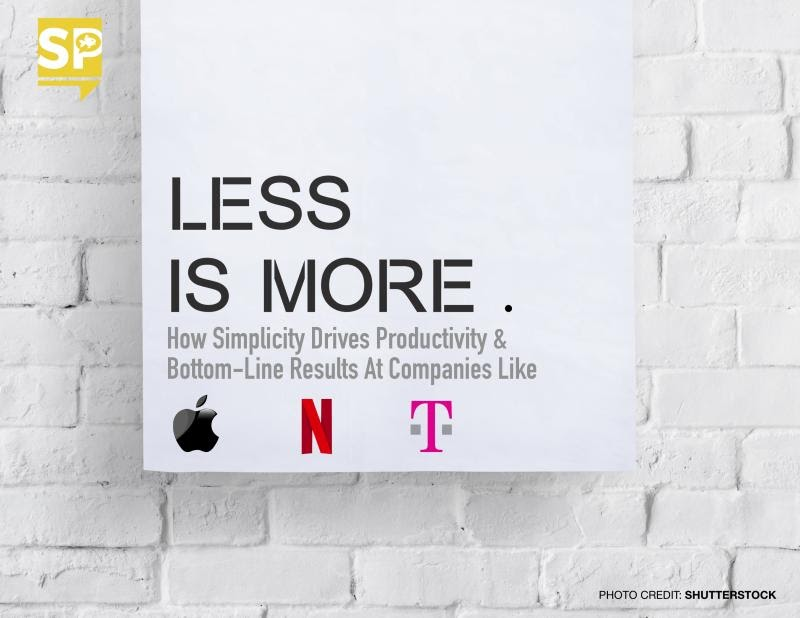 How does Apple, T-Mobile and Netflix take a Marie Kondo approach to business? My Forbes post a year ago looks at how simplicity is the key to productivity and happiness.

Productivity is closely tied to employee satisfaction. One way to boost both is by doing less.

The “Less is more” idea recently grabbed headlines and our attention when organizing expert Marie Kondo became a worldwide sensation converting clutterers with her minimalist KonMari method. It earned her a nod as one of Time magazine’s Most Influential People in the World. She’s the ultimate less-is-more guru, complete with a best-selling book The Life-Changing Magic of Tidying Up or and her Netflix series “Tidying Up with Marie Kondo.”

The key to achieving “less is more” in business is embracing the K.I.S.S. method: “Keep It Short and Simple.” Or, the version you’ve likely heard: “Keep it Simple, Stupid,” which originated in the U.S. Navy.

The takeaway is simple: Do less to get more.

What can you do to simplify for your customers or employees?