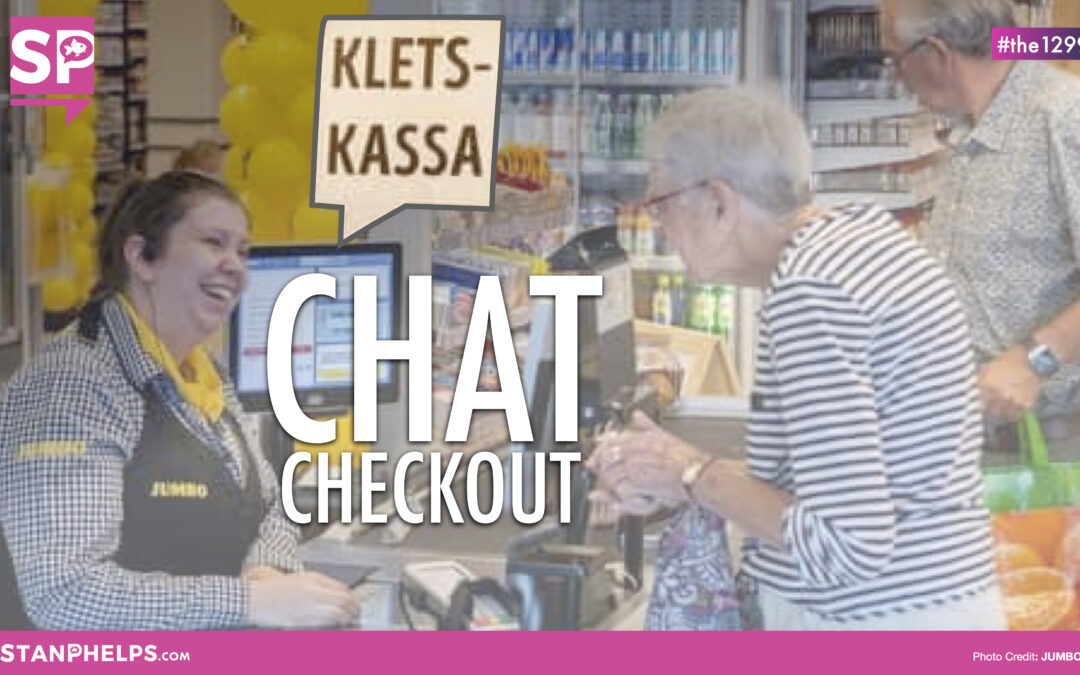 Hat tip to Wendy Lloyd Curley for sharing this pink goldfish with me yesterday.

Called “Klets-Kassa” (translated to Chat Checkout) these are slow checkout lanes where customers are encouraged to chat with the cashier.

The pilot occurred during the summer of 2019 as a part of the Dutch government’s “One Against Loneliness” campaign.

The first slow lane in Vlijmen was so successful, JUMBO has now installed 200 of them across the country.

This is a tremendous example of the Pink Goldfish of Opposing. The site Upworthy points out how JUMBO is defying normal,

“Increasing amounts of technology are being used in the grocery industry, with the goal of reducing costs and encouraging self-service by customers. We have less and less human interaction as clients scan their own purchases and then pay at a self-service counter. As a result, the Jumbo Supermarket really opposes this trend…”

Faster isn’t always better. And technology is never the only answer. Kudos to Jumbo for recognizing a need and slowing down to care. To quote the Church Lady from Church Chat, “Isn’t that SPECIAL!”